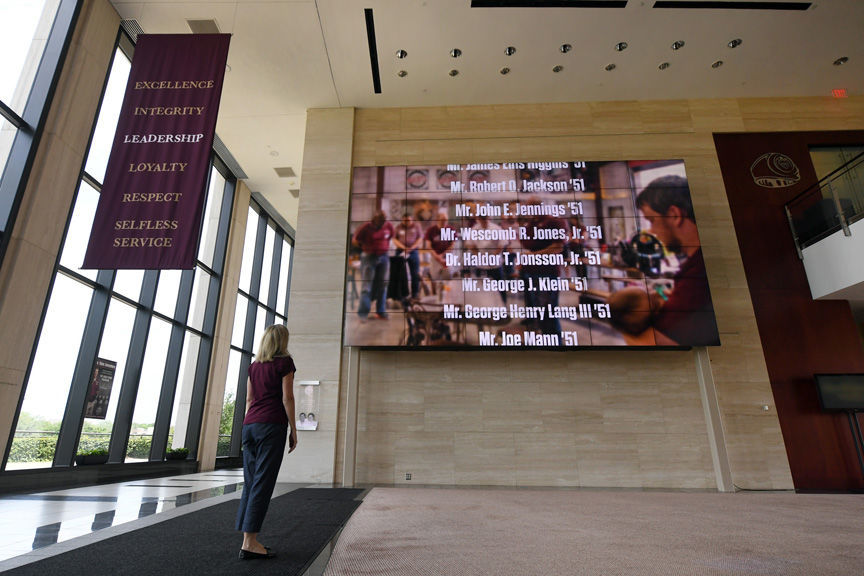 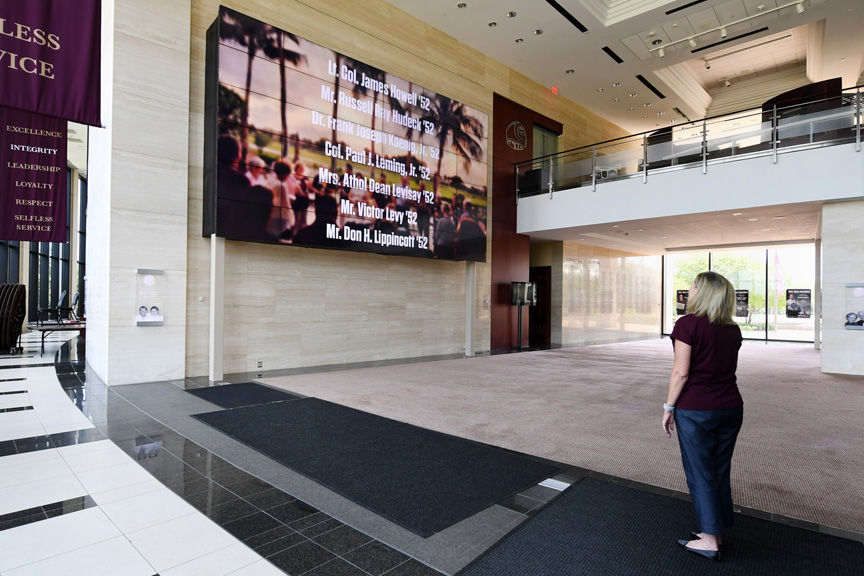 Photos of loved ones at their last family dinners and during other precious moments flooded a new Aggie Muster website Tuesday as more than 21,000 viewers joined together online for Texas A&M’s virtual campus Muster ceremony.

The tradition — in which Aggies around the world gather each April 21 to call “here” for those who died in the past year — saw remarkable changes this year, as response efforts to the COVID-19 pandemic postponed ceremonies and pushed others online. A&M’s flagship campus ceremony was filmed — with no audience or family members in attendance — last week. It aired at 7 p.m. Tuesday on musterlive.aggienetwork.com. The names of 106 people were read.

A&M senior and Aggie Muster Committee Chair Kaley Markos acknowledged the change as significant in her statement in the video, but she pointed out that the tradition brought together the campus community despite the challenges.

“Reed Arena may be empty, there is no external speaker to speak to our campus community, and your ‘here’ may be virtual,” Markos said in the ceremony. “Yet with full sincerity, I must declare, our Muster still remains pure and intact this April 21.”

Markos said speakers were filmed individually last week. There was a condensed version of the Ross Volunteer Company, which performed a seven-man rifle salute, and previous years’ recordings of the Texas A&M Singing Cadets were played in the video.

Since families couldn’t attend in person to carry the candle of their loved ones who died, candles with photographs of each honoree were placed on tables that spelled “HERE” on the floor of Reed Arena. A Ross Volunteer lit each candle. A small group of Muster Committee members were present during the recording to say “here,” and audio of people calling out from past year’s ceremonies also was added to the video, according to A&M’s Mark Guerrero, who directed and edited the ceremony film.

In an interview following the ceremony, Michael Green in Texas A&M’s division of marketing and communication said there were 46,700 unique users on the site throughout Tuesday.

Green pitched the idea for the MusterLive website about a month ago when it became clear that the pandemic would mean canceling an in-person event. He said the website will be maintained even after this year.

The 21,000 viewers during the campus Muster, Green said, was nearly double what a Muster at Reed Arena could have had room for.

The MusterLive website allows people to type “here” for honorees. Green said there were major spikes in people submitting those comments during the ceremony. Throughout the day, 15,389 people said “here” for someone through the site.

There is also a place on the site for reflections, where people can post photos and memories of any Aggie around the world who was honored, not only for people in the campus ceremony. Green said there were 884 reflections following Tuesday’s campus Muster, with more still being posted.

The Muster Committee also put together a presentation that specifically featured campus Muster honorees, similar to the reflection display that is usually placed in the Memorial Student Center flag room before each Muster.

The campus ceremony was also a time to highlight the class of 1970, as this is the weekend when classes typically celebrate their 50th reunion. Markos said that the class of 1970 is still making arrangements for when it may hold an in-person reunion.

At sunrise on Tuesday, The Association of Former Students Worldwide Roll Call was put on the MusterLive website. This was the third year for the Association to create the Worldwide Roll Call, in which the names of every person being honored at a Muster in any location is read. Kathryn Greenwade, the association’s vice president of communications and human resources, said 1,519 names were read by 60 people in the video.

Greenwade said there are usually about 300 Musters that happen around the world. So far, more than 100 are marked on the MusterLive website, meaning a group has committed to doing a ceremony this year either online or in-person at a later date. Greenwade said she anticipates that number to continue to rise.

“We don’t have the ability to physically come together,”  Greenwade said in an interview after the Worldwide Roll Call was read, “but through MusterLive, we are demonstrating that that is not a barrier to Aggies and the Aggie Spirit.”

Texas A&M University and the Brazos County A&M Club announced Tuesday both will livestream Aggie Muster ceremonies instead of holding in-person events on April 21 due to COVID-19 concerns.

Texas A&M University's Aggie Muster committee has announced it will not hold an in-person ceremony on campus this year due to ongoing COVID-19 concerns.

Photos of the Senior Night parade for A&M Consolidated baseball on Tuesday, April 21, 2020.