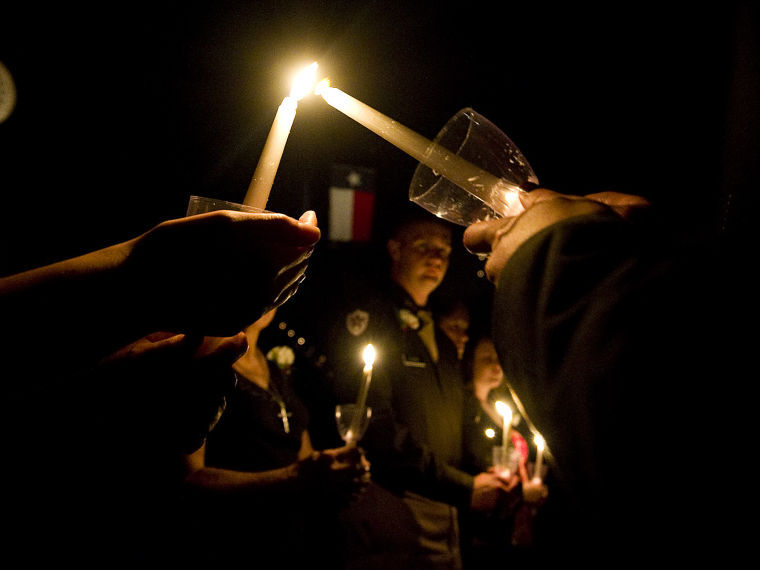 Monuments in the Academic Plaza form a diamond: the flagpole, Silver Taps, Sully and Muster Candles. To the left of the flagpole is the Muster Candle sculpture. The top portrays hands lighting candles in the Aggie Muster service. Two sides have stanzas from Muster poems, a third details the tradition’s history, and the fourth bears the Corps of Cadets emblem. The monument was a gift from the class of 1995 and completed in 2000. Rodney Culver Hill, architecture professor, designed this sculpture and the Silver Taps monument across from it in the Academic Plaza.

Many current and former Texas A&M students refer to Muster and Silver Taps ceremonies as their favorite traditions. Both ceremonies are re…