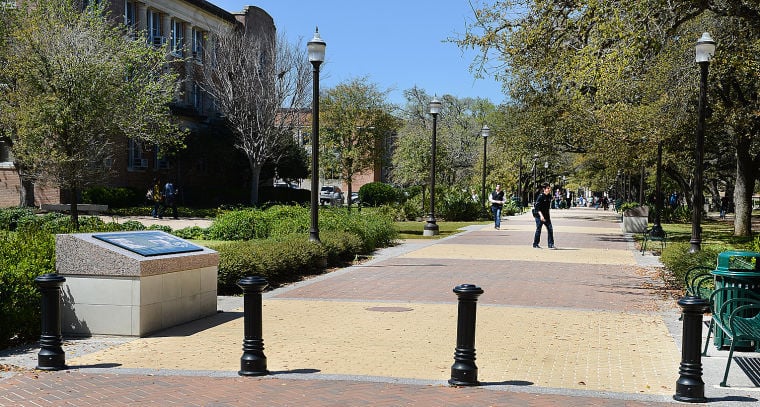 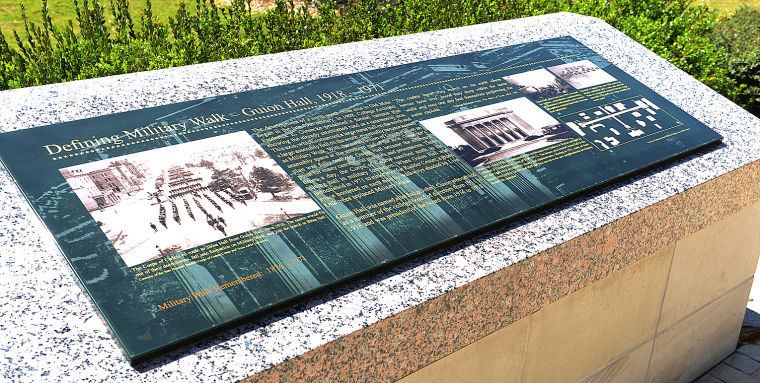 Monuments along Military Walk depict the pathway's history as well as past buildings. 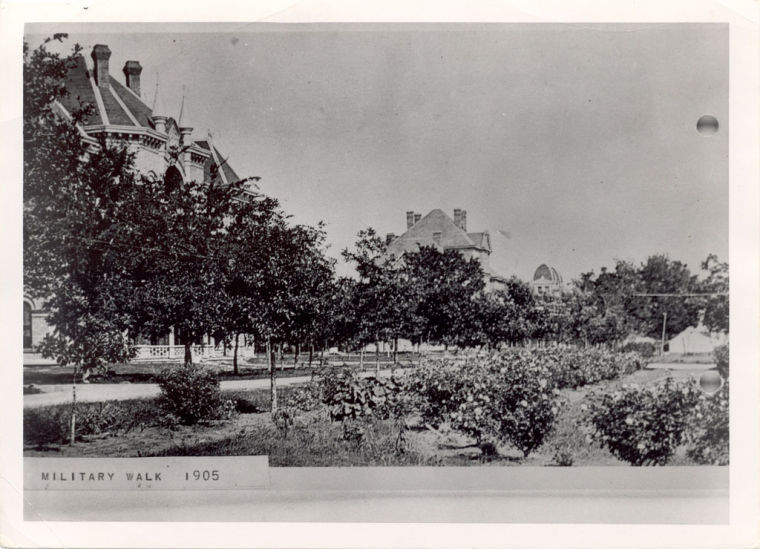 A quarter-mile walkway stretches between the James Earl Rudder statue and Sbisa Dining Hall. Traditionally, the Corps of Cadets would march in formation around campus to the mess hall or convocations in front of the Academic Building. The pathway became a paved road in the early 1900s, and remained that way until the 1970s, when it was reserved for pedestrian use. In 2010, Military Walk was restored with granite markers documenting the history of the university and campus beginnings.

Monuments along Military Walk depict the pathway's history as well as past buildings.