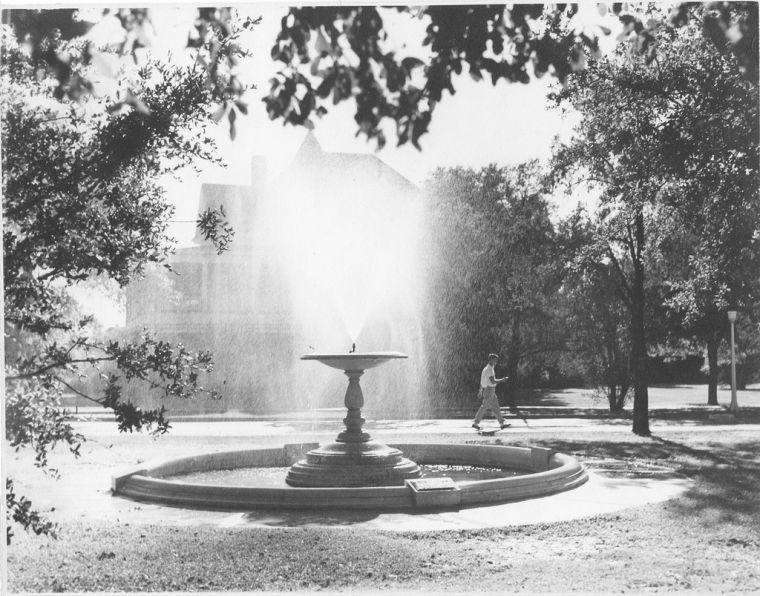 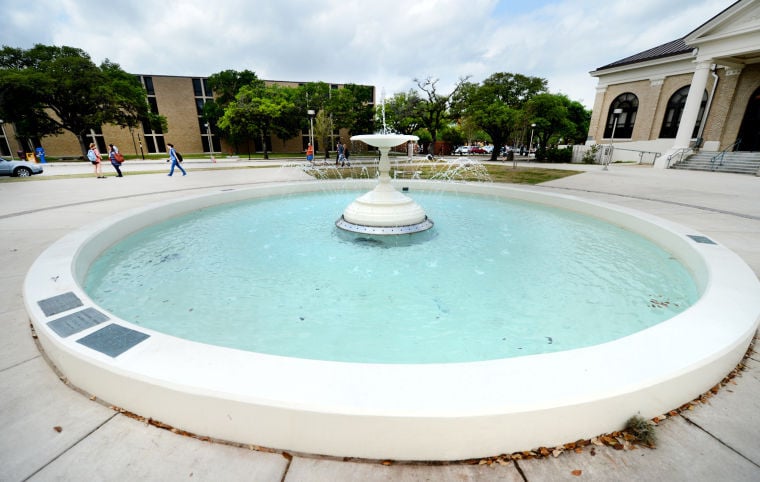 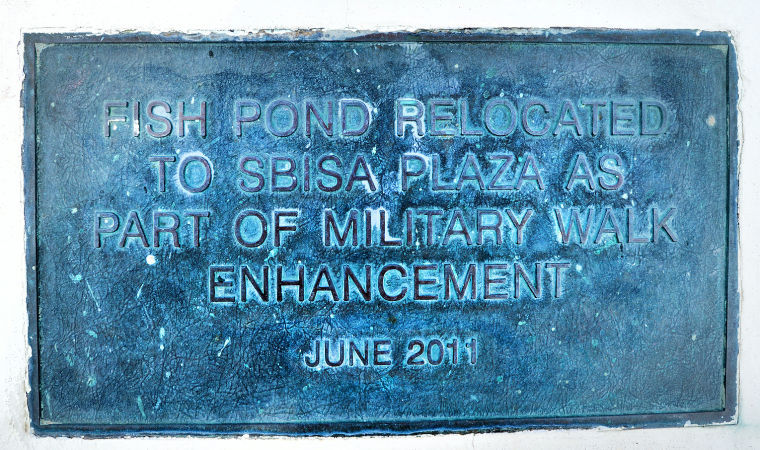 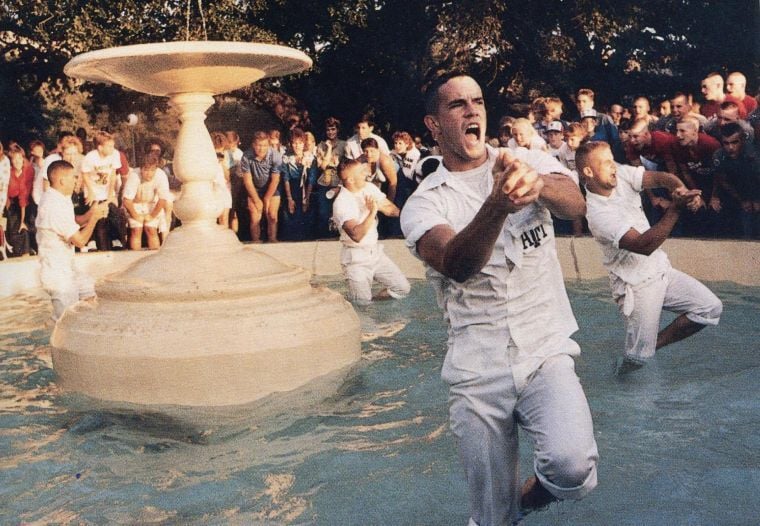 Yell Leaders in the Fish Pond after an A&M win.

The Fish Pond was a gift from the class of 1938. After World War II, the fountain was dedicated to 24 class members who were killed, according to the Association of Former Students. Approximately 950 Aggies died in WWII. Texas Aggies Go To War: In Service of Their Country by Henry Dethloff lists 30 names of class of 1938 Aggies who died in World War II. One class member, Maj. Horace S. Carswell, Jr., received the Medal of Honor.

The class of 1977 refurbished the fountain in 1975, according to the fountain's plaques, and in 1992. In 2011, the Fish Pond was moved to its current location in front of Sbisa Dining Hall. Originally, the fountain was across the street at the Ross and Houston streets intersection. Since the 1940s, freshmen cadets have celebrated the Aggie football team's victories by carrying Yell Leaders from Kyle Field and throwing them in the fountain. Yell Practice ensues for continuing support of the Aggies.

Today in Aggie History, Sept. 28: Albert Connell set A&M record for most receptions in a game

Yell Leaders in the Fish Pond after an A&M win.