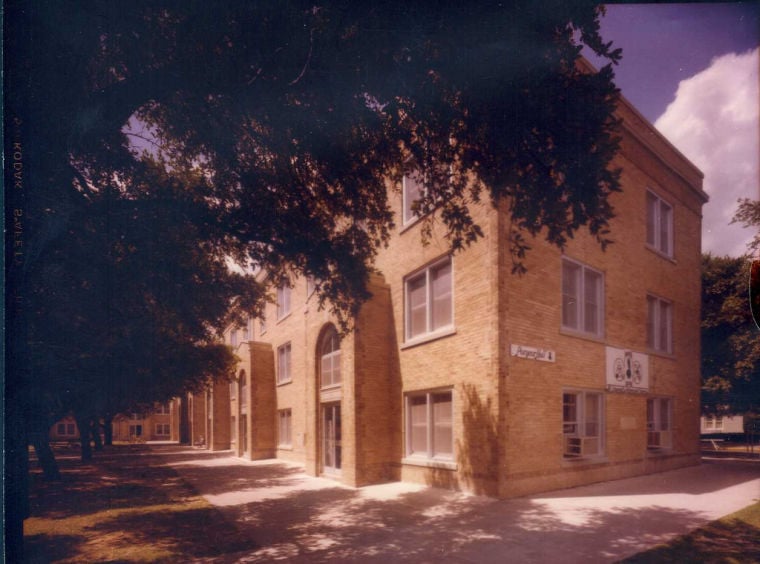 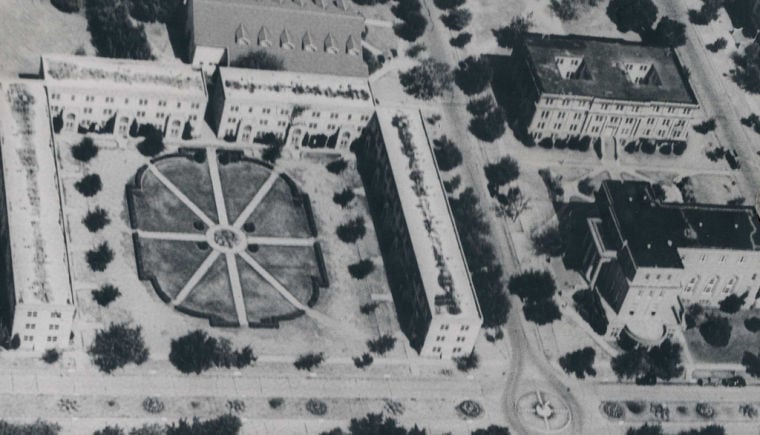 The 108-room dormitory was one of a matching set of buildings that mirrored each other in an attempt to alleviate A&M’s housing problem.

The buildings were constructed on the same location as the Hollywood shacks, 16-by-16 frame buildings, next to Simpson Drill Field. Similar to the shacks, Puryear and Law halls were not air conditioned. The hall shared a courtyard with Law Hall.

Puryear Hall was named for Charles Puryear, mathematics professor and first dean of the college. Along with Law Hall, Puryear was demolished because the cost of maintaining and repairing the building became too expensive.

There is a commemoration plaza that includes a stone and brick monument with a plaque and benches because it is believed several of A&M's traditions started at these dorms. In 2009, the Interdisciplinary Life Sciences Building opened at the former dorm’s location.

The 108–room dormitory was a mirrored design of Puryear Hall. The non-air conditioned dorms were the cheap residential alternative for student…