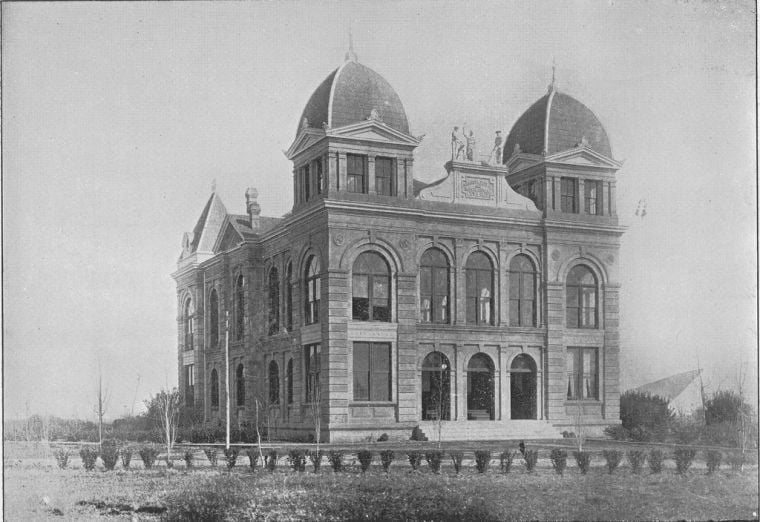 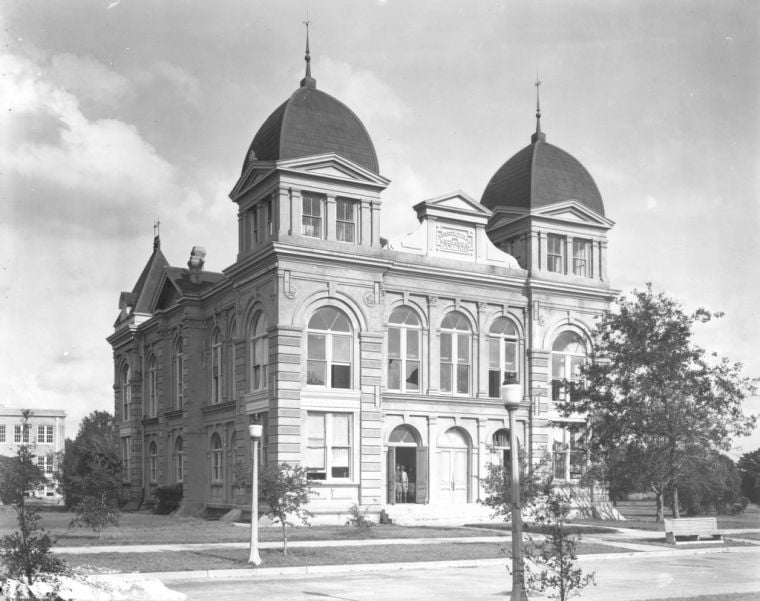 Photo dated circa 1920s, when the Assembly Hall was being used as an armory 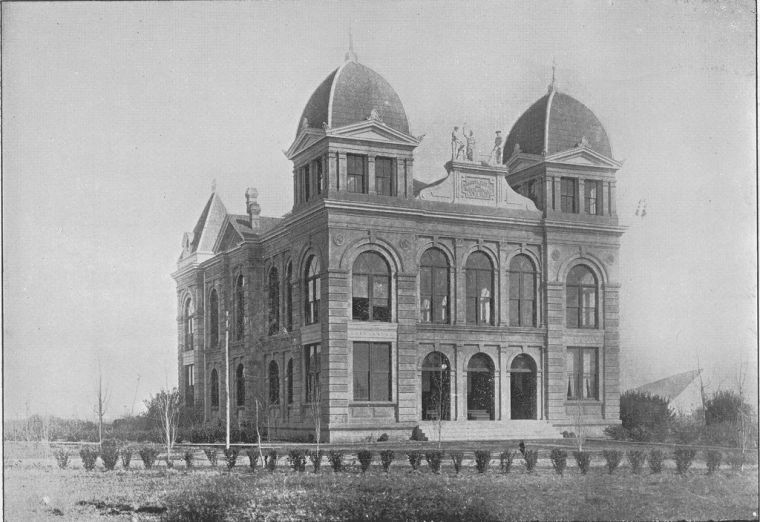 The Assembly Hall was built just before Gov. Lawrence Sullivan Ross was appointed A&M president. It was meant to be a chapel and auditorium, according to A Pictorial History of Texas A&M University, 1876-1976 by Henry Dethloff. It had seating for about 1,000 people.

There was seating for about 1,000 people. The exterior featured arched windows and curved and straight domes along the roofline with steeples. The front had figures made from sheet iron depicting engineering and agricultural occupations.

Photo dated circa 1920s, when the Assembly Hall was being used as an armory