R.C. Slocum's tenure started with a bang: Larry Horton took the season’s opening kickoff 92 yards, jumpstarting a 28-16 upset of No. 7 LSU. A road loss to Washington, however, stopped the early momentum. The Aggies rolled off two consecutive wins — including a beatdown of Brett Favre and Southern Mississippi at Kyle Field — to move to 3-1. But Texas Tech got the better of its SWC rival in a 27-24 loss in Lubbock. The following week, A&M and the Wrecking Crew devoured the run-and-shoot offense of No. 7 Houston and eventual Heisman winner Andre Ware in a 17-13 shocker at Kyle Field — which included the memorable moment of Aaron Wallace ripping Ware’s helmet off and holding it up to the student section. It was the first of four consecutive wins. Arkansas beat A&M at Kyle Field in a 23-22 thriller on the day after Thanksgiving to end any hopes of a conference championship. The Aggies rebounded to beat Texas at home but lost to Pittsburgh in the Sun Bowl to finish the year at 8-4. 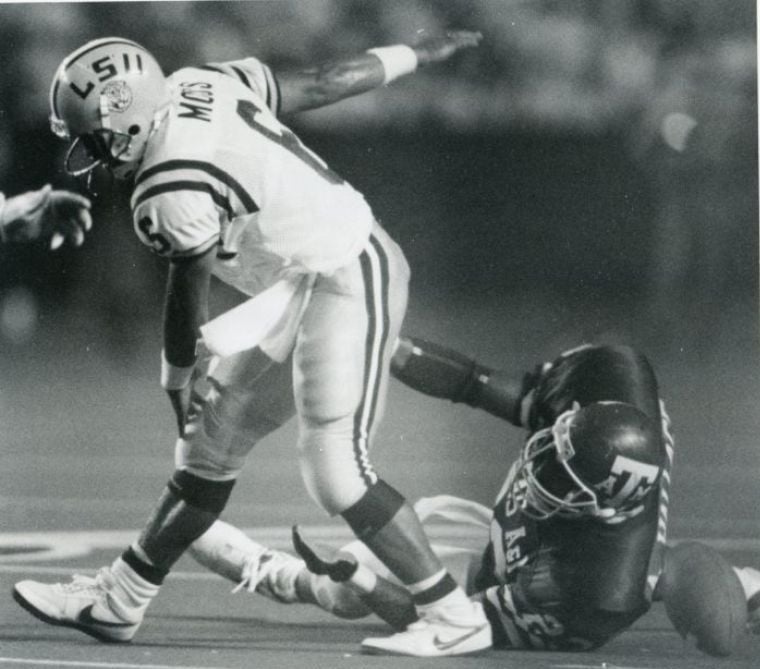 Aaron Wallace was an All-SWC linebacker in 1989. 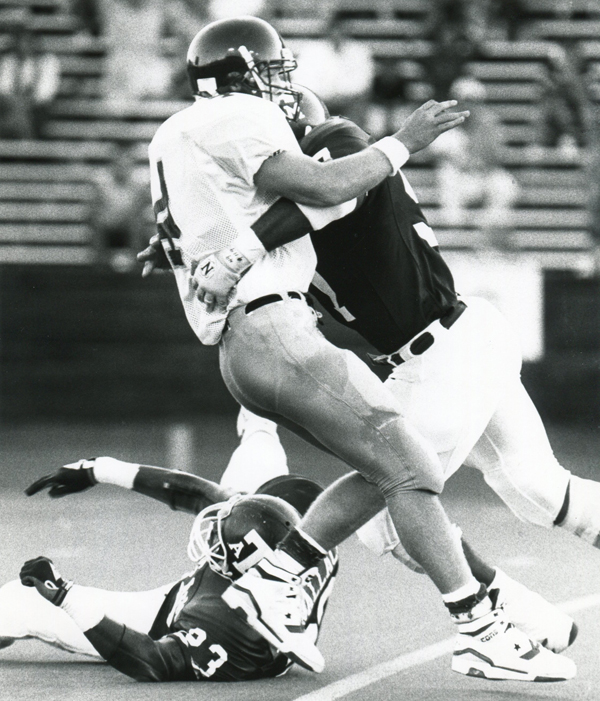 Brett Favre and Southern Miss had a long day at Kyle Field, losing to the Aggies 31-14.