Mike Sherman's debut at Kyle Field didn't go as planned. The Sun Belt's Arkansas State defeated the Aggies in an 18-14 upset, a loss that ranks with A&M's 1996 loss to Southwestern Louisiana in the "shocker" department.

Senior Stephen McGee got injured in the second game — a win over New Mexico — and Jerrod Johnson took over quarterbacking duties. The team was blown out by Miami the following week and slipped by lowly Army, 17-14, to finish nonconference at 2-2.

Midseason wins over Iowa State and Colorado gave a glimpse to the future as Johnson and freshman receiver Jeff Fuller formed a promising combination. Johnson threw seven touchdowns during that stretch, including three to Fuller. But A&M was outscored badly by Oklahoma, Baylor and Texas — 156-58 — in the team's final three games. Johnson threw six interceptions in the losses, but finished the season with 21 touchdown passes. 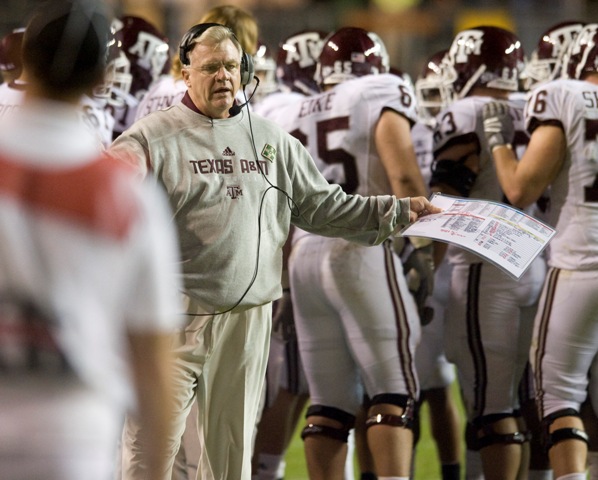 Former A&M assistant coach Mike Sherman took over as head coach in 2008. Sherman had coached Brett Favre and the Green Bay Packers in the NFL, and served as an assistant coach with the Houston Texans prior to his return to Aggieland. 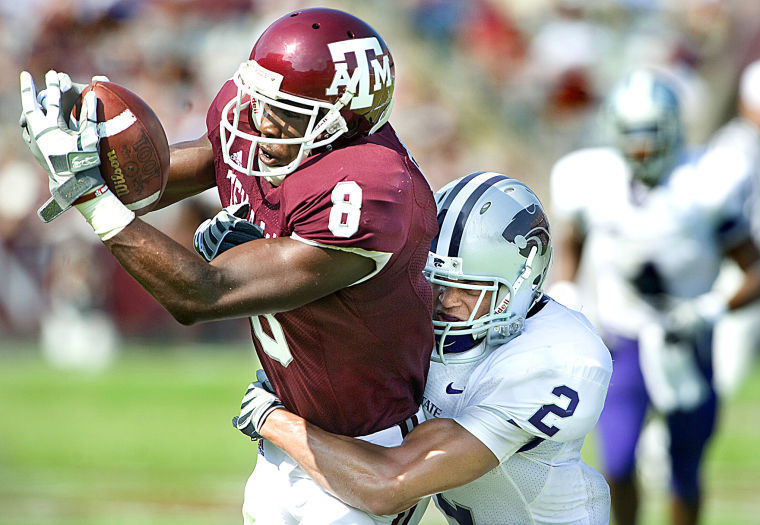 Jeff Fuller had a promising freshman year in 2008 against Kansas State.