Going into the 1956 season, Texas A&M was touted as the No. 9 team because of talented standout backs John David Crow and Jack Pardee and quarterback Roddy Osborne. The team shutnout Villanova in the opener, 19-0, behind 326 rushing yards from Crow, Pardee and Osborne. A&M got a hard-fought, 9-6, victory over LSU. The team tied with Houston in week four. A&M went undefeated over its next five. Included in that span was a win in "the Hurricane game" over TCU. Amid 90-mile per hour winds, A&M stuffed Horned Frogs' All-American Jim Swink three times at the goal line to preserve the 7-6 victory. Running back Don Watson threw the game-winning touchdown to Crow. In the season finale, A&M beat Texas 34-21 in Austin. It was the first time the team had won at Memorial Stadium since the stadium's opening 32 years prior. Running backs Lloyd Taylor and Crow combined for nearly 200 of the team's 336 total rushing yards. In the locker room following the game, the players chanted, "Poor Teasips!" And university president David H. Morgan proclaimed, "This is more than a game. This was the end of a jinx." The Aggies finished the season 9-0-1, becoming the first SWC team to go undefeated since 1947. However, the team wasn't allowed to play in the Cotton Bowl for the second consecutive season. The team was put on two years of probation the year prior by the SWC for improper recruiting tactics — cash and other gifts — used to convince high school standout Bobby Manning to attend A&M. He eventually chose to attend Southwest Texas State. Three Aggies were on the All-American team: Dennis Goehring, Charlie Krueger and Pardee. 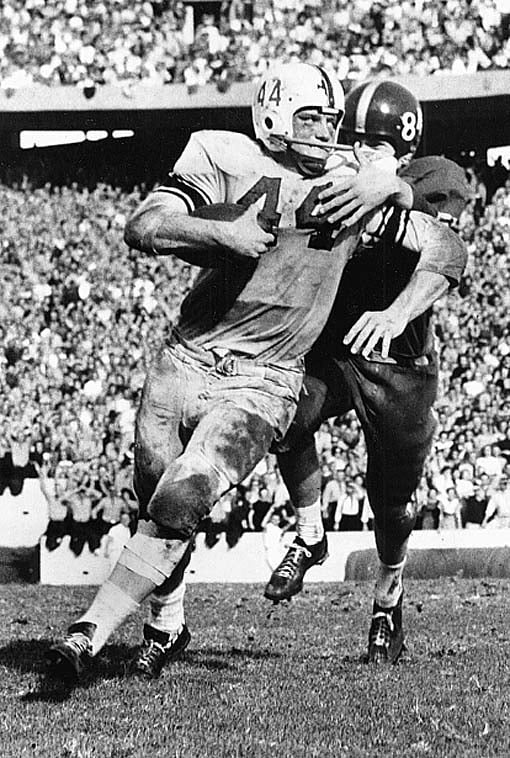 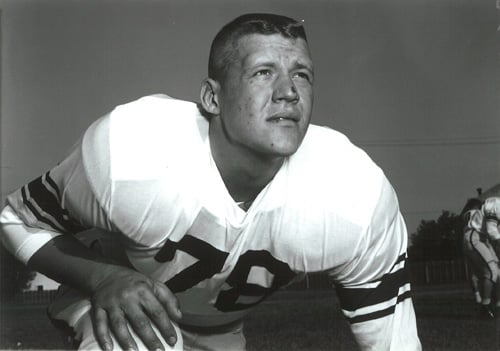 Charlie Krueger was an All-American defensive lineman in 1956.