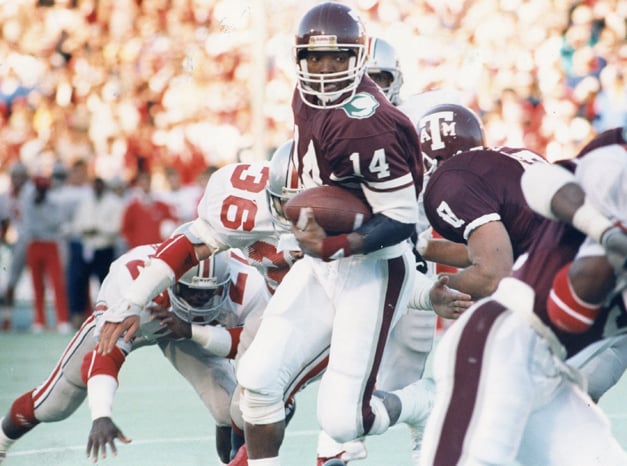 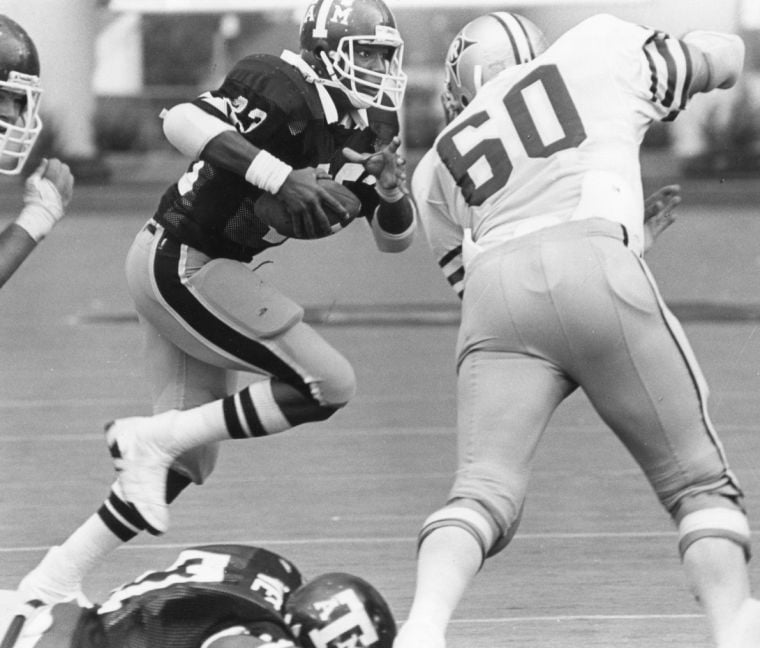 Fullback Roger Vick made the All-SWC team in 1986.

On the heels of a Cotton Bowl and SWC championship, A&M went into the season with newfound confidence and a new name for its defense. Safety Chet Brooks alluded to the stifling Aggie unit as the "Wrecking Crew." But it was tempered in week one when No. 14 LSU whipped A&M with a 35-17 victory in Baton Rouge. A&M won its next four behind stellar play from Kevin Murray, setting up a top-20 bout with Baylor, which had beaten the Aggies two consecutive seasons. Next came No. 20 Baylor, which had beaten the Aggies in consecutive seasons. The Bears jumped out to a 17-0 lead at Kyle Field, but Murray brought the Aggies back in a game. He threw for 308 yards, three touchdowns and ran for one. Murray’s third touchdown pass was bobbled and eventually caught by Tony Thompson to give the Aggies a 31-30 victory. Coach Jackie Sherrill called it "the greatest game I've ever seen a quarterback play."

A&M won four of its next five — including a 16-3 victory over Texas — to win the conference for the second consecutive season and qualify for the Cotton Bowl, where it would face Ohio State. A&M turned the ball over too many times, and OSU won 28-16. A&M finished the year 9-3.

Post a comment
Watch this discussion. Stop watching this discussion.
My Aggie Nation, Bryan, TX ©2020 Lee BHM Corp. | Terms of Use | Privacy Policy | This website is intended for U.S. residents only.
The term AGGIE is a trademark of Texas A&M University and its use is pursuant to a license agreement with the university.
You don't have any notifications.