The Aggies returned quarterback Mike Mosley, running back Curtis Dickey, defensive linemen Jacob Green and Eugene Sanders and defensive back Carl Grulich on a team ranked No. 12 to begin the season. The Aggies dominated Kansas, Boston College, Memphis State and Texas Tech, all by more than 25 points. But the No. 6 Aggies were shut out for the first time since 1971 in a 33-0 road loss to Houston. Mosley fumbled four times in the game and all four turned into Cougars’ touchdowns. Dickey, who was averaging eight yards per carry, was held to 25 yards on 14 carries. A week later, the team was beaten 24-6 by winless Baylor as Bears’ running back Walter Abercrombie ran for 207 yards. Dickey, with an injured groin, only ran for 39 yards. The following week, in a shocking turn of events, Emory Bellard resigned as head coach. Bellard had heard that the president and Board of Regents would ask him to relinquish coaching duties at the end of the season regardless of the remaining games. “Under the existing circumstance,” he said in a release, “I feel that it is best I resign my position as director of athletics and head football coach at Texas A&M University.” Offensive coordinator Tom Wilson was named interim coach. A&M beat SMU, 17-14, as kicked Tony Franklin kicked his NCAA-record 54th field goal. The team fell to Arkansas but rebounded to defeat TCU. In the finale, UT held Dickey to 11 yards on 15 carries and won, 22-7. The Aggies earned an invitation to the Hall of Fame Bowl where it defeated Iowa State, 28-12, behind 276 yards rushing and a touchdown from Dickey. A&M finished 8-4 on the season. Wilson was retained as coach. 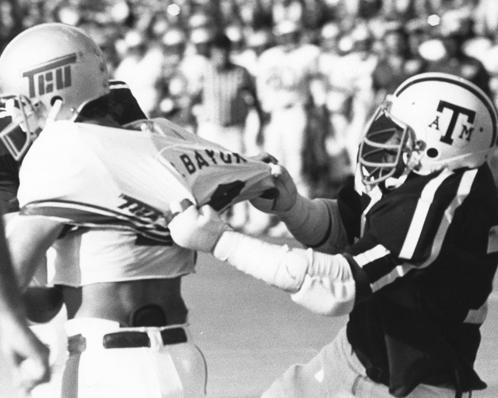 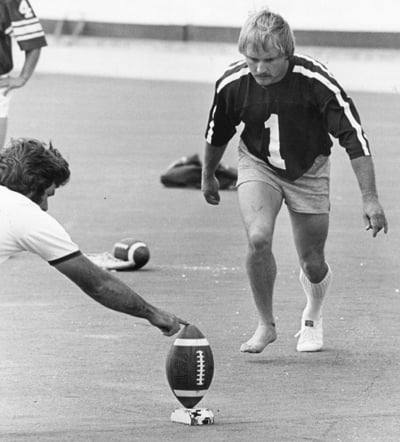