A&M was led by such playmakers as running backs Tyree Bell, Dudley Everett and Wyatte Beasley. Coach Charley Moran, in his fourth season, lost assistant Leo De Tray, who was hired by Mississippi. Moran replaced him with former A&M player Joe Utay. The team blew out Daniel Baker 50-0 in the opener and Moran was able to play substitutes for the entire second half. The Aggies beat Trinity, 59-0. The team shut out Arkansas, 27-0, behind a touchdown run and pass from A.R. Bateman. Next up was Austin College. The team won, 58-0, to move to 4-0 — having not given up a point in the season's first four games. In its next three, A&M defeated OU, Mississippi and Tulane by a combined score of 110-13 to move to 7-0

. However, against Kansas, turnovers plagued the Aggies in a 13-10 loss. A&M fumbled in the first quarter after driving into the red zone. And in the final two minutes, a Beasley pass was intercepted and returned for a 60-yard touchdown. In the season finale, A&M blew out Baylor in Dallas, 53-0, in which G.H. Higginbotham ran a kickoff back 95 yards for a touchdown. For the first time since the teams began playing, Texas elected to not play A&M due to Moran's recruiting practices. The Longhorns believed that Moran was using ringers, or illegal players, in his team's three wins over Texas. The Aggies finished 8-1 and outscored their opponents 369-26. 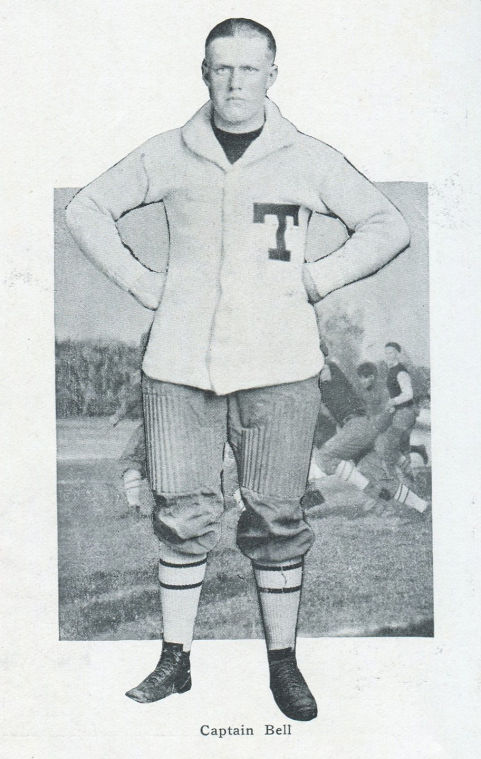 Tyree Bell starred at running back. 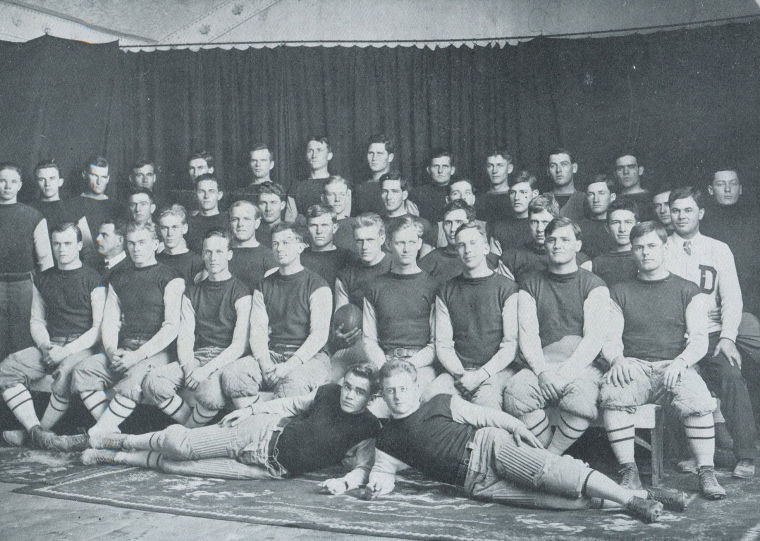