The Aggies entered the season with 10 returning lettermen, including quarterback Joel Hunt and running back H.E. Burgess. The team opened with a convincing win over Trinity. J.R. Varnell scored on a 53-yard touchdown run in a 31-0 win over Southwestern. Hunt scored three touchdowns in the team's 18-0 win over Sewanee in Dallas. The following week, Hunt ran a kickoff back 97 yards for a touchdown, and the team blew out Arkansas, 40-6. However, the dream of an unscathed season ended when A&M and TCU played to a scoreless tie. The Aggies were stopped four times at the Horned Frogs' 1-yard line. In the next three weeks, the Aggies ran roughshod over Tech and Rice leading up to a game against undefeated SMU. Hunt scored three times and A&M blew out the Mustangs, 34-13, at Kyle Field. Running back Brooks Conover broke two bones in his hand, ending his season. A&M hosted Texas with the SWC championship at stake. Hunt scored on the team's first drive and added another in the second half. A&M defeated UT, 28-7. A&M finished the season 8-0-1, winning their second Southwestern Conference championship in three years. The team outscored their opponents by a combined total of 262-32. During Hunt's three seasons, he scored 30 touchdowns, five field and 29 extra points. The Sagarin Rankings retroactively claimed that A&M was the national champion instead of the widely acknowledged split title for Notre Dame and Pittsburgh. A&M labeled the 1927 team as national champions in Kyle Field in 2012. It is listed in A&M's media guide as a national championship year with an asterisk for the Sagarin detail. 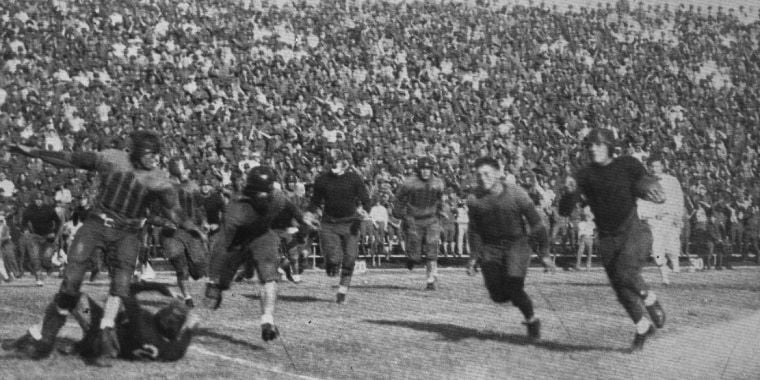 Joel Hunt was an all-SWC quarterback for Texas A&M in 1927. 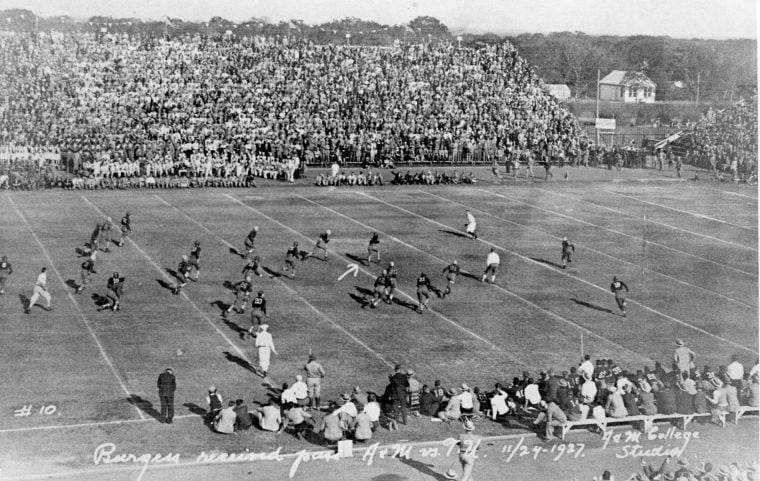 Hershell Burgess starred at running back for Texas A&M in 1927.