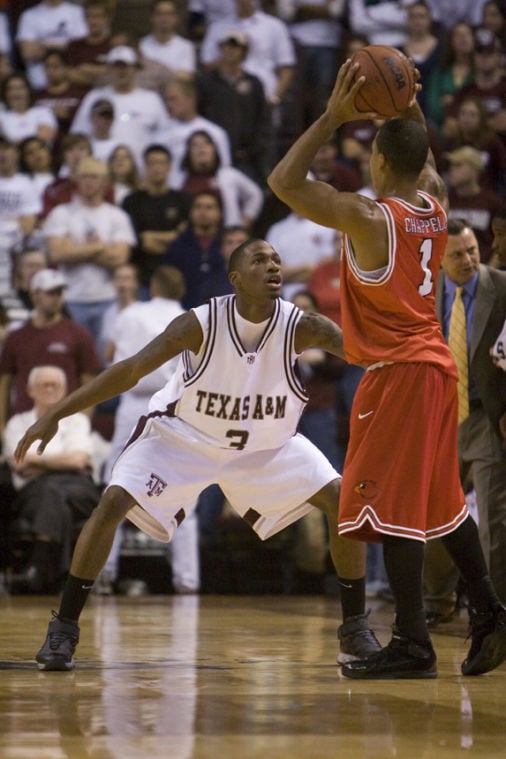 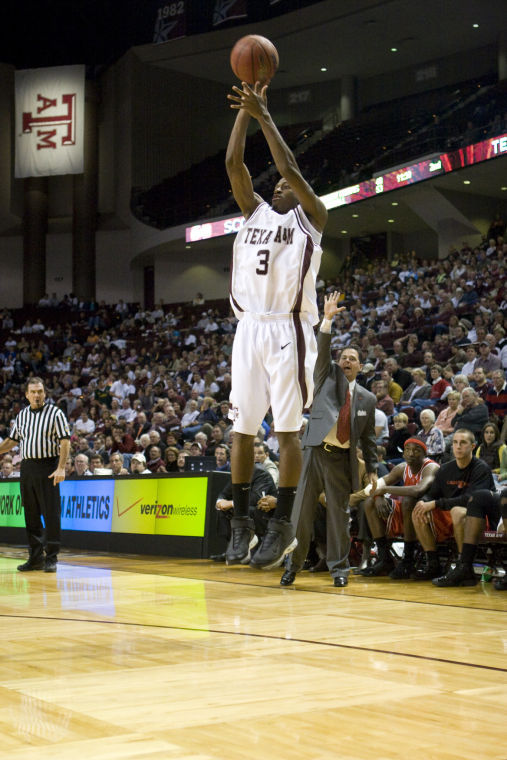 The crowd at Hec Edmundson Pavilion at the University of Washington gasped, then went quiet.

Texas A&M basketball coach Mark Turgeon ran on the court to his fallen player. All forward Bryan Davis could say was, "Oh, my God." Donald Sloan couldn't bear to look.

And there lay A&M guard Derrick Roland, crumpled on the floor. His arms were over his eyes, and his right leg was bent in a direction it wasn't supposed to be bending.

"Everything was numb," he said, "besides a burning sensation."

Just seconds before, he had taken a pass on the left block and gone up for a layup in the nonconference game between Texas A&M and Washington on Dec. 22, 2009. But he landed awkwardly on the side of his foot and the leg snapped, breaking both his tibia and fibula.

"Initially, I didn't know what part of my leg was inured," he said. "I didn't know if it was my knee or ankle."

Roland was taken immediately to a hospital and had surgery to have a rod placed in his leg. His senior season was over two months after it began.

Roland arrived at A&M along with Seagoville High School teammate Donald Sloan, whom he calls a brother. He arrived in the same recruiting class with Davis, who also is from the Dallas area.

"I was real comfortable going there with the guys from around my home gym," he said.

A&M was in the midst of a basketball revival under coach Billy Gillispie, who had led the program to the second round of the NCAA Tournament just two years after they had gone 0-16 in Big 12 play.

Roland played one season for Gillispie, in 2006, and said it was just what he needed as a freshman getting adjusted to the college game.

"It was an experience," he said. "He grew me up a lot. He's demanding in what he wants. At the time, you won't understand, but later in life you see what he was doing. He taught me all kinds of life lessons to go along with coaching."

Though Roland didn't see much of the floor during his first year, he said there were invaluable lessons taught to him by the star of the team, All-American Acie Law IV.

"He made me guard him every day in practice," Roland said. "Coming in as a freshman, he was clearly better than I was. He just really got me to accept challenges."

The summer between his freshman and sophomore years was a transition period for A&M basketball. Following the program's second Sweet 16 appearance, Law graduated. And Gillispie followed him out the door, accepting the head coaching position at Kentucky.

When A&M hired Mark Turgeon from Wichita State, it didn't take him long to win over Roland and his fellow classmates.

"Coach came in and established the hard-working mentality," he said. "He was excited to get here and get to work."

Roland's minutes went up in his second season as he assumed the role of secondary scorer and defender. The following year, when Dominique Kirk graduated, Roland was pegged as the team's defensive stopper.

In the seventh game of the season, Arizona traveled to Reed Arena. The Wildcats, led by future pros Jordan Hill and Chase Budinger, jumped out to a 14-point lead and led by 11 at halftime. A&M clawed within 2 points. A Nathan Walkup 3-pointer gave A&M its first lead of the game, 67-66, with 19 seconds left. Arizona called a timeout to draw up a play to get the ball to their primary scorer, Budinger. In the A&M huddle, it was obvious who was marking him.

"Everyone depends on me to put down the best player, and I had to accept that challenge," Roland said.

Roland forced Budinger into a fall-away jump shot that barely grazed the rim. That, he said, was was when he knew he could be counted on to be a shutdown defender.

The Aggies qualified for the NCAA Tournament for the fourth consecutive season and Roland was named to the All-Big 12 Defensive Team.

In 2009, Roland's senior year, the Aggies lost two starters — Chinemelu Elonu and Josh Carter — to the professional ranks and were picked to finish in the middle of the Big 12.

After Roland's injury, A&M regrouped. The team went 24-10, and finished tied for third in the conference.

In the weeks following the injury, Roland received thousands of e-mails from A&M supporters. To this day, it's something that touches him.

"It's uplifting to know you're appreciated by a lot of people out there who enjoy watching you play," he said. "After that, college started to mean a lot more to me because they took time out of their day to reach out to me."

When he lay flat on the floor in Washington, it may have seemed Roland's basketball days were over. But he made it to the professional ranks in Uruguay, then helped Penarol Mar del Plata in Argentina win the Torneo InterLigas championship. He just finished the 2013 season in Europe, playing for the Cyprus national team. Most important, he said, the leg is better than ever.

"I'm better than I was from my college days," he said. "It was a blessing in disguise."