The building, which opened in 2019, is the home of all music programs for A&M, including the Aggie Band. Students have increased access to rehearsal facilities, with ample space for all involved, he says, and he notes that the building “finally measures up to the scale of them as performing groups.”

“Couldn’t have asked for any more,” Rhea says. “It fits our needs in every way possible. One thing I’ve always said about Texas A&M is when it does something, it does it first rate. And they did it first rate.”

Rhea, director of bands and music activities, said his staff and students had a role to play in planning the building’s design. As for Rhea’s office, the design was suggested by the architects, including the room’s main attraction, a floor-to-ceiling window overlooking the field where the Aggie Band marches and practices. “It’s a great view,” he says.

The walls of Rhea’s office are adorned with photos and memories of individual and program achievements from his time at A&M, which began in 1993.

“I think it’s very comfortable,” he says. “I think my students realize they’re welcome up here. It’s been a little different with COVID. … Normally we’ll have drum major meetings in here. Anytime a student wants to see me, I always try to make myself accessible.”

This is when the Wind Symphony played Carnegie Hall in New York, back in 2008. That was a pretty big-time thing for us. That was on the stage before the performance. It was a Friday night. It was a wonderful, wonderful experience. We stayed up there several days and let them do all the New York stuff. Very well attended, just very successful. That whole experience, even dealing with the people there, the backstage people, everything about it was just positive. We got to go over that morning to do rehearsal, and I remember all the students when they walked out on the stage — you couldn’t get them to stop looking around. We took about 10 minutes and said, “OK, look at everything and then we’ll start doing what we need to do.”

This was when I guest conducted the United States Marine Band. That was 2016 at the University of Kentucky. That’s the best band on the planet, in my opinion. Best concert band. Working with those professional-level players and how positive an experience that was, it was absolutely wonderful.

This is Col. Toler, the band director before I was here. He hired me. And then Col. Jay Brewer, who is retiring. That’s all of us together. I’ll be the only one left come June 1. That is probably sometime in the ’90s.

This was the first convention of the American Bandmasters Association, of which I was president [in 2016-2017]. If you look at the picture, there in the middle, that’s John Philip Sousa. That was the first time they met, which was in 1930. One of the guys that’s in there is Richard J. Dunn. He was the first full-time director of the Aggie Band.

If you close the door, [on the wall behind it are] all the CDs I’ve made with the Wind Symphony since I’ve been here. I learned really quickly you can’t put one right there [in the blank spot] because when you open the door it breaks the glass. I found that out the hard way. Of course, now nobody makes CDs anymore, it’s all digital downloads. So that wall is probably as full as it’s going to get. But it looks pretty cool.

My first secretary gave me this because I’m a saxophone player. Dorothy Hopkins, a sweet lady. ... The first year we were here, that was my Christmas present. He’s been with me a long, long time.

These were from one of my best friends when I was growing up. I’ve had these since I was a senior in high school. He was a drummer, and he decided that I would need these for my career. They’re just fascinating. You hate to get rid of them because you never could replace them. When I was going away to college that was my gift, a set of big, giant drumsticks, and they’ve been in my office ever since.

Stephanie Young, who is set to graduate from Texas A&M on Saturday, has developed a wireless device for pets that measures heart activity and body temperature.

The updated COVID-19 protocol guidance outlines the implementation of a return-to-campus plan that includes the rotation of employees onsite.

The Morning Reveille: May 10

The Morning Reveille: May 7

The Morning Reveille: May 12

Today in Aggie History, May 6: James Earl Rudder was born

Indoor face mask use will continue to be required on the Texas A&M University campus through the summer months, officials announced Friday. The policy states that fully vaccinated people are also required to wear masks indoors at least through the summer. 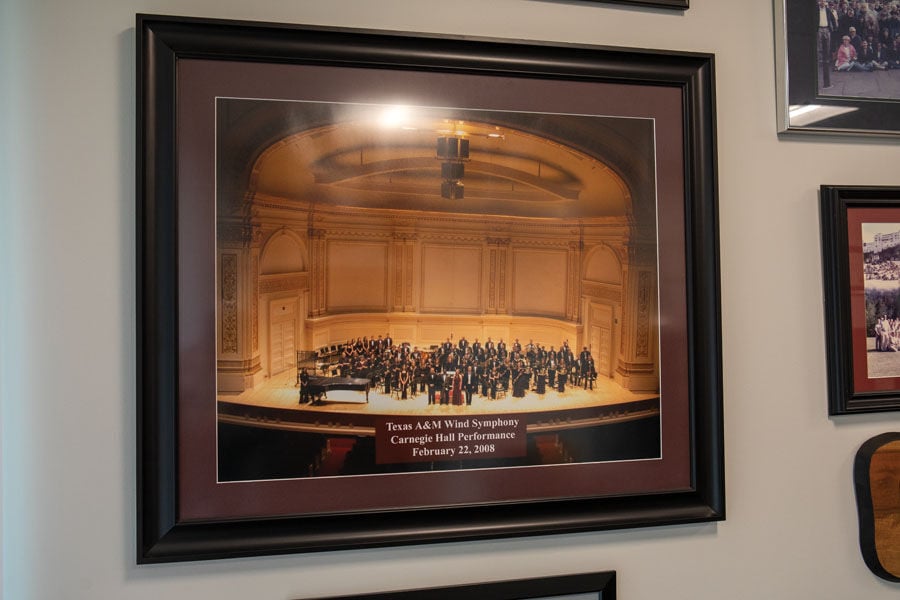 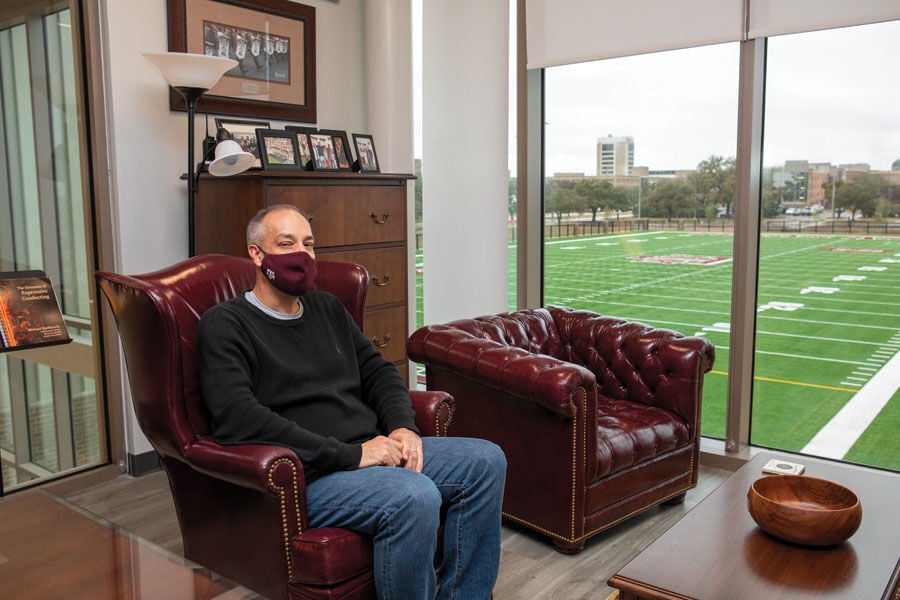 Timothy Rhea sits in his office on the Texas A&M campus in College Station on Thursday, Feb. 11, 2021. 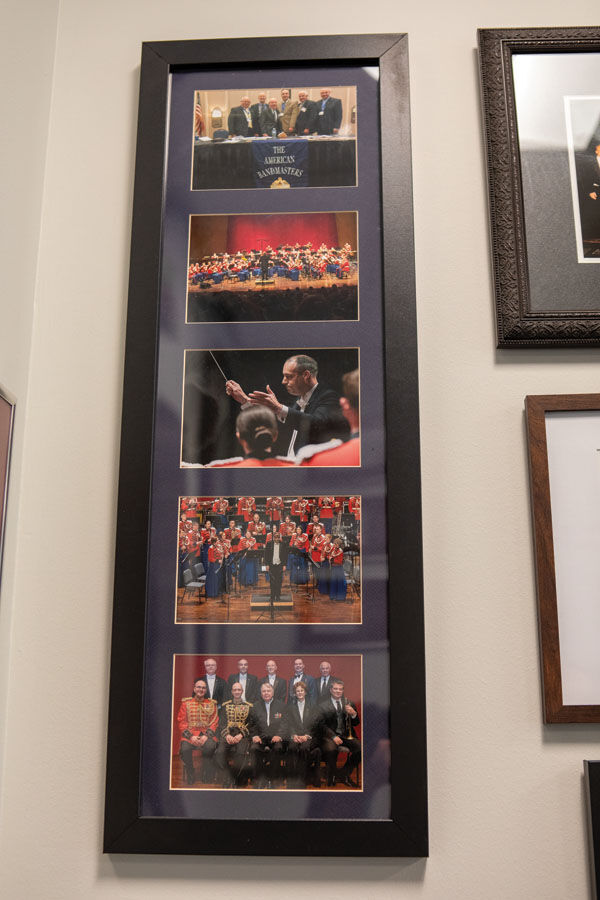 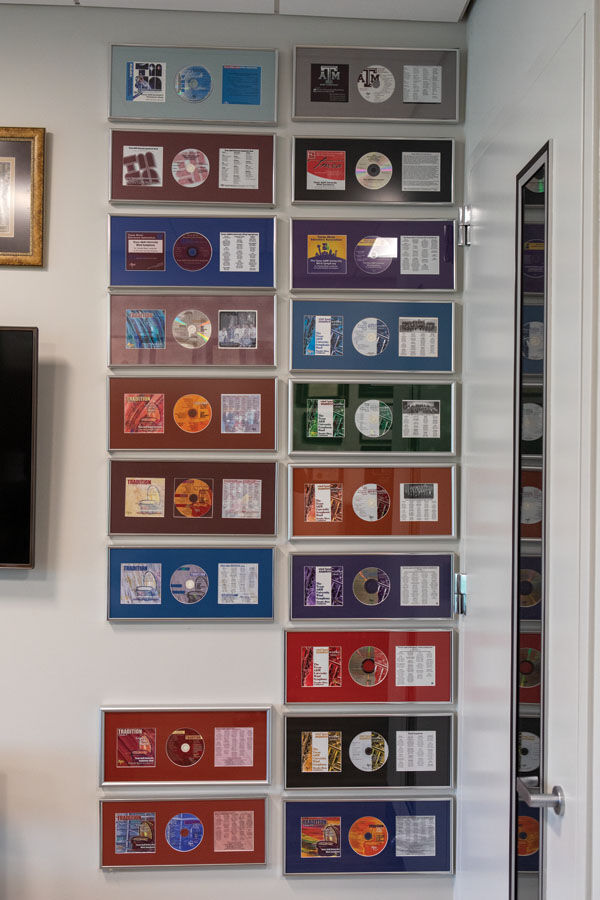 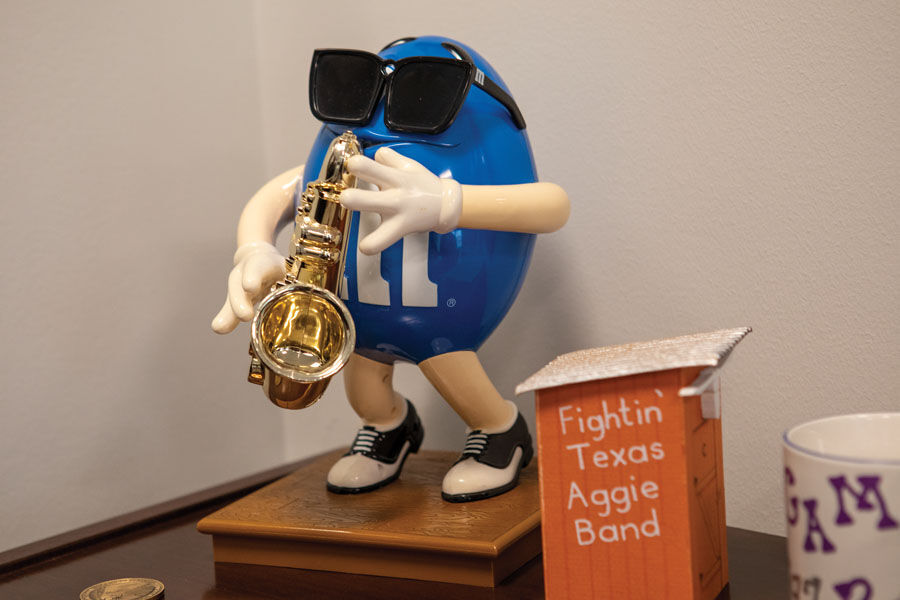 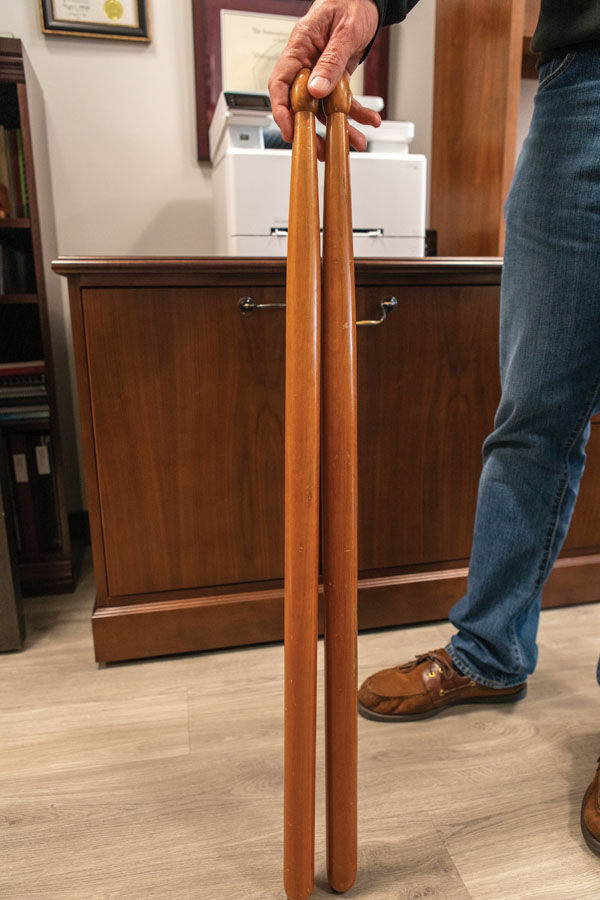 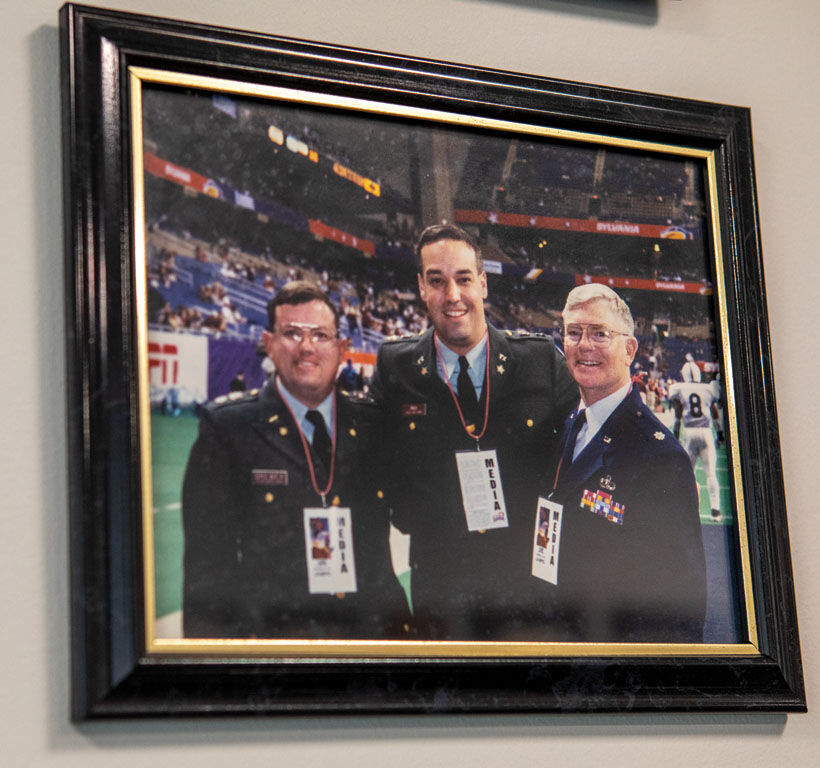