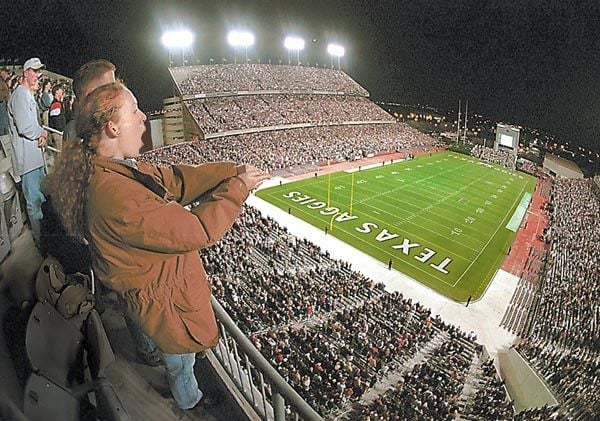 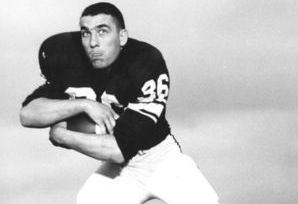 Nov. 25, 1999: A candlelight vigil was held at the site of the Bonfire collapse, the night the Bonfire would have burned. At Yell Practice in Kyle Field, Parsons Mounted Cavalry fired the cannon 12 times, once for each Aggie who died.

Nov. 25, 1937: Texas A&M defeated Texas in a 7-0 shutout at Kyle Field. Former A&M coach Dana X. Bible was head coach of the Longhorns. Two days before the game, the field was covered in snow.

Nov. 25, 1965: Ken "Dude" McLean set an A&M record with 250 yards receiving on 13 receptions against Texas. The Longhorns won, 21-17. Mike Evans broke McLean's record in September 2013 with 279 yards against Alabama, then topped his own mark the next month with 287 yards against Auburn.

Nov. 25, 1993: Reveille V retired. She served nine years as mascot. The decision was made to announce her retirement after she underwent surgery to treat gastric dilation-volvulus. Reveille's stomach had twisted or rotated out of place. She made a full recovery.

During her last game, the Aggies clinched a third-consecutive conference title when they defeated Texas, 18-9.

Nov. 25, 2010: Cyrus Gray rushed for 223 yards and two touchdowns to lead the Aggies past Texas in Austin, 24-17. A Von Miller interception in the fourth quarter sealed the win for No. 17 A&M. Miller also had two sacks. The loss meant a losing season (5-7) for the Longhorns.

Nov. 22, 1963: Classes were canceled and construction on the Aggie Bonfire was stopped after the news of the assassination of President John F…