Jan. 9, 2017: It was announced that Dat Nguyen, the only Texas A&M player to lead the team in tackles for four straight years, made the College Football Hall of Fame. The 1998 Lombardi Award winner was part of the Hall of Fame’s  Class of 2017, along with former Tennessee quarterback Peyton Manning, former Southern California Heisman Trophy winner Matt Leinart and former San Diego State running back Marshall Faulk.

King played for A&M from 1999 to 2003. He went on to play for several professional European leagues.

Jan. 12, 2009: A Black Hawk helicopter with the Texas Army National Guard crashed on Duncan Field on the A&M campus.

Jan. 10, 1968: Sp5C Clarence E. Sasser performed heroic actions in combat during the Vietnam War that would lead to him receiving the Medal of Honor. 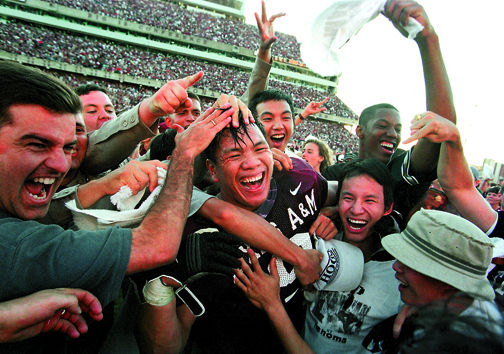 Dat Nguyen celebrates with fans after the Aggies upset Nebraska at Kyle Field. Nguyen was awarded the Bednarik and Lombardi awards for his play at linebacker. 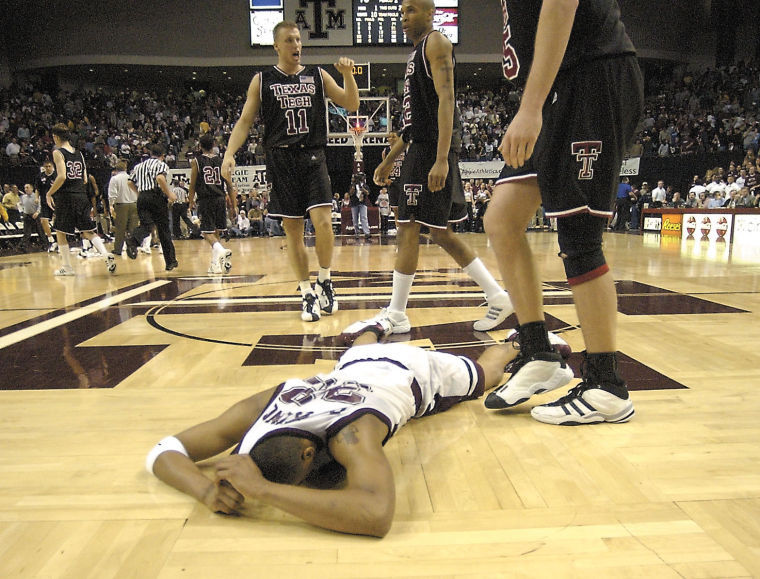 Texas A&M's Bernard King (32) lies on the floor after missing a last-second shot against Texas Tech at the end of the game as Texas Tech's Pawel Storozynski (11) and teammates celebrate Jan. 9, 2002, in College Station, Texas. Texas Tech won 72-70.