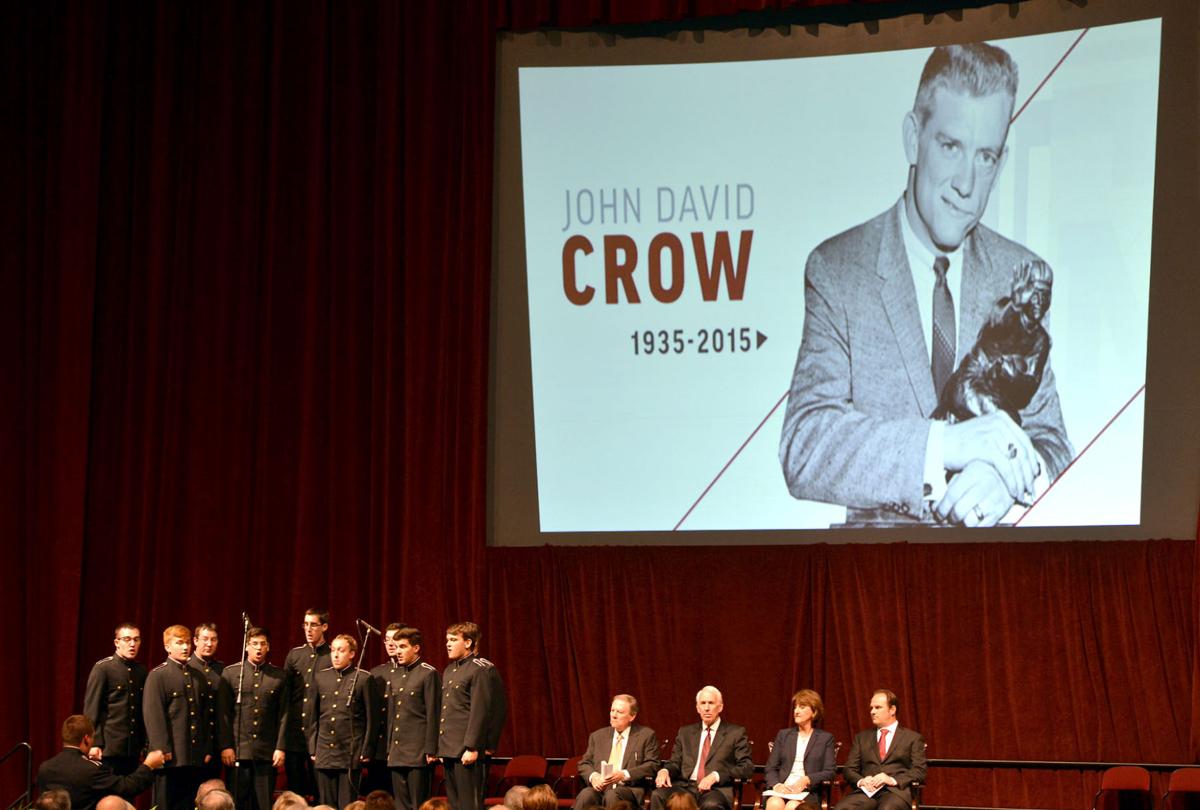 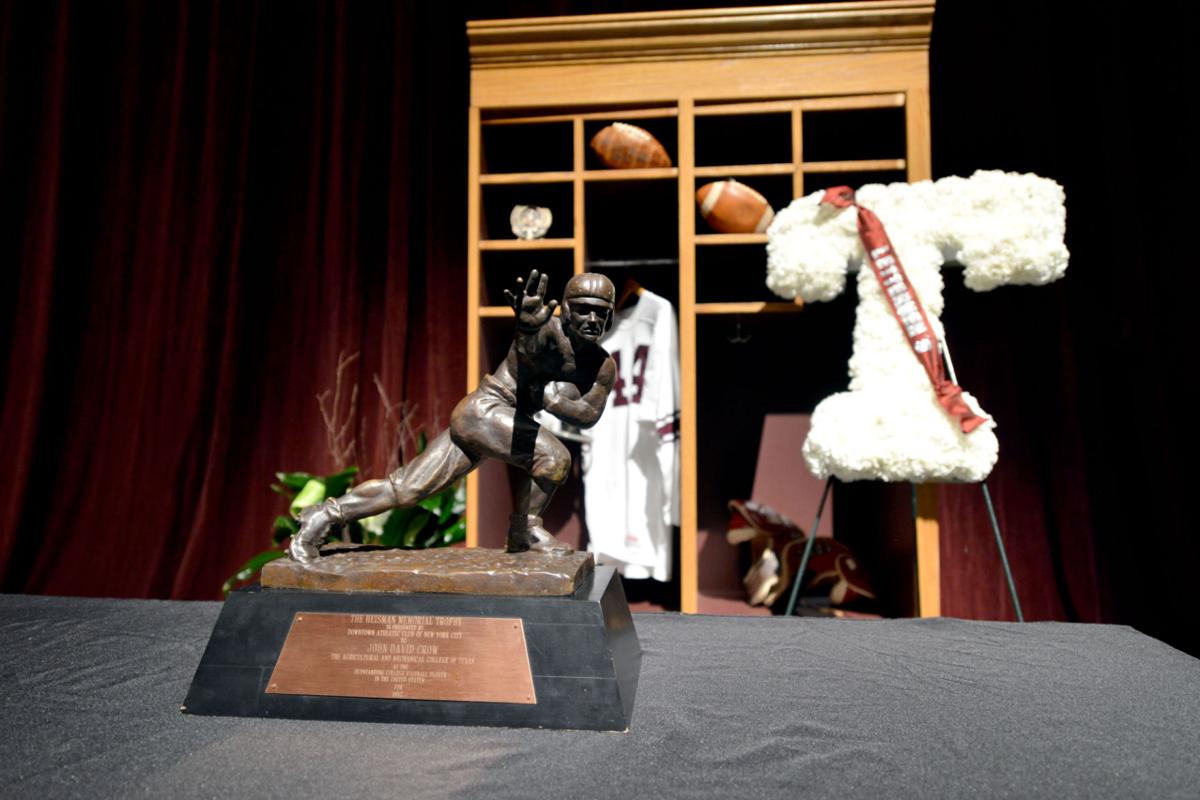 Texas A&M's John David Crow's Heisman trophy sits along side other A&M memorabilia on the floor at Reed Arena as part of a memorial service on Tuesday. Over 500 family, friends and teammates of the late football star were on hand to celebrate his life.

Texas A&M's John David Crow's Heisman trophy sits along side other A&M memorabilia on the floor at Reed Arena as part of a memorial service on Tuesday. Over 500 family, friends and teammates of the late football star were on hand to celebrate his life.

June 23, 2015: A service for Texas A&M football legend John David Crow, who died June 17, 2015, was held at Reed Arena. More than 500 coaches, teammates, family members, friends and fans filed onto the arena floor for a celebration of life ceremony.

R.C. Slocum, who started his job as head football coach at A&M the same day in 1988 that Crow was hired as athletic director, said Crow's campus statue and football awards only scratched the surface of the man's identity.

"It needed to be big to properly recognize the giant of a man we honor today," Slocum said.

June 23, 1871: Deeds filed with the Brazos County clerk detail the land Bryan citizens donated for the A&M College. The site was selected days prior and donated by Harvey Mitchell, who pledged 2,250 acres to the college.

June 23, 1919: The Association of Former Students opened membership to anyone who attended the college for one year, regardless of whether they later graduated. The association is one of the largest organizations for former students and alumni in the country.