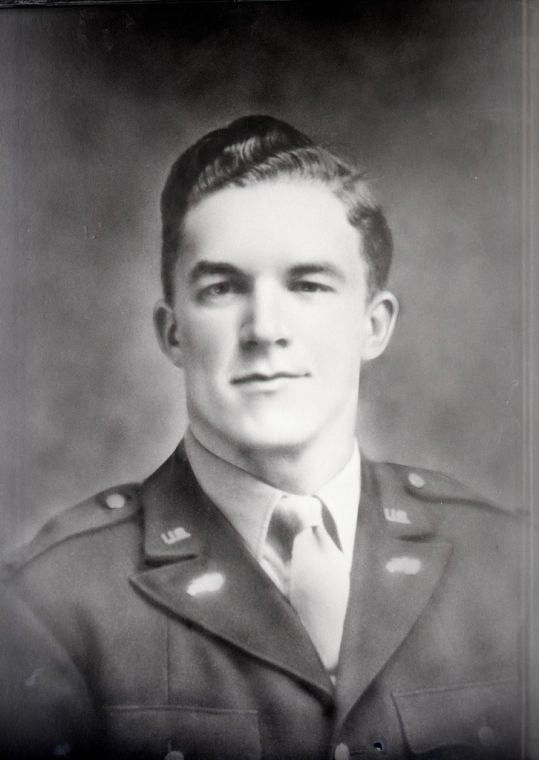 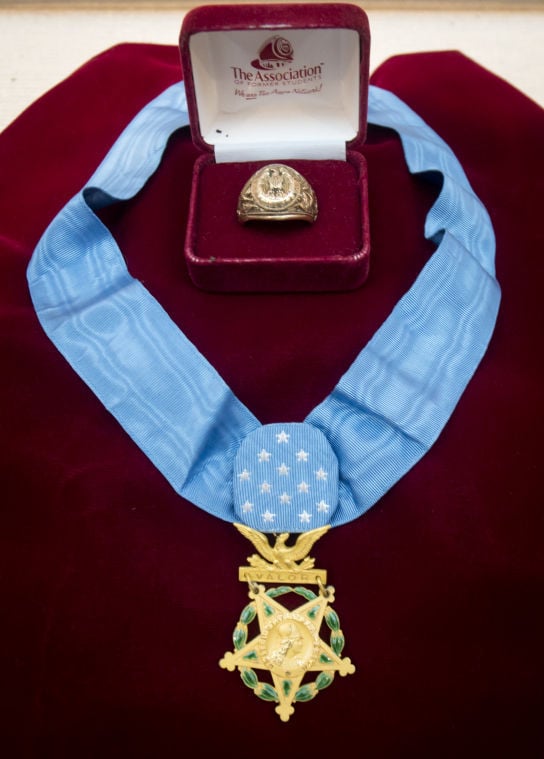 Turney Leonard's Aggie Ring was returned in November 2000. It is displayed with his Medal of Honor at the Sam Houston Sanders Corps of Cadets Center.

Turney Leonard's Aggie Ring was returned in November 2000. It is displayed with his Medal of Honor at the Sam Houston Sanders Corps of Cadets Center.

Leonard led a platoon of tank destroyers during World War II combat in Germany's Huertgen Forest. He scouted ahead of the tank battalion and reorganized infantry troops while exposing himself to enemy fire. Leonard was wounded early in the battle, but continued to direct artillery fire in destroying six enemy tanks.

A high-explosive shell shattered his arm on Nov. 6, and Leonard was last seen seeking a medical aid station. He was initially reported missing in action.

Leonard earned the Medal of Honor for "his superb courage, inspiring leadership, and indomitable fighting spirit," according to the medal citation. His family received his medal in October 1945.

After extensive searches by the Army, Leonard's remains and those of another officer were found in November 1949, in a dugout shelter that had caved in over time. Teams excavated the shelter and Leonard's identity was confirmed. A service was held in Dallas on Memorial Day 1950, and he was buried the next day.

More than 50 years later, Leonard's Aggie Ring was recovered and returned to the family. Leonard's Medal of Honor, Aggie Ring and other items are on permanent display at the Corps of Cadets Center. Corps Dorm 4 was renamed for Leonard in 1969, and he is recognized in the Hall of Honor at the Memorial Student Center.

June 18, 1958: Ranger II, an English bulldog that was the family pet to A&M President James Earl Rudder, was born. Ranger had full run of campus until his death on Dec. 9, 1965. He was buried on campus across from Duncan Field, so he could always watch Bonfire.

June 18, 1964: Kevin Murray, former Texas A&M quarterback, was born in Dallas. As a letterman from 1983 to 1986, Murray led the Aggies to consecutive Southwest Conference titles and Cotton Bowl appearances in 1985 and 1986. He was a consensus All-SWC quarterback in both years.

His record for his final two years was 19-5. His final season stats include 2,463 passing yards on 212 attempts.