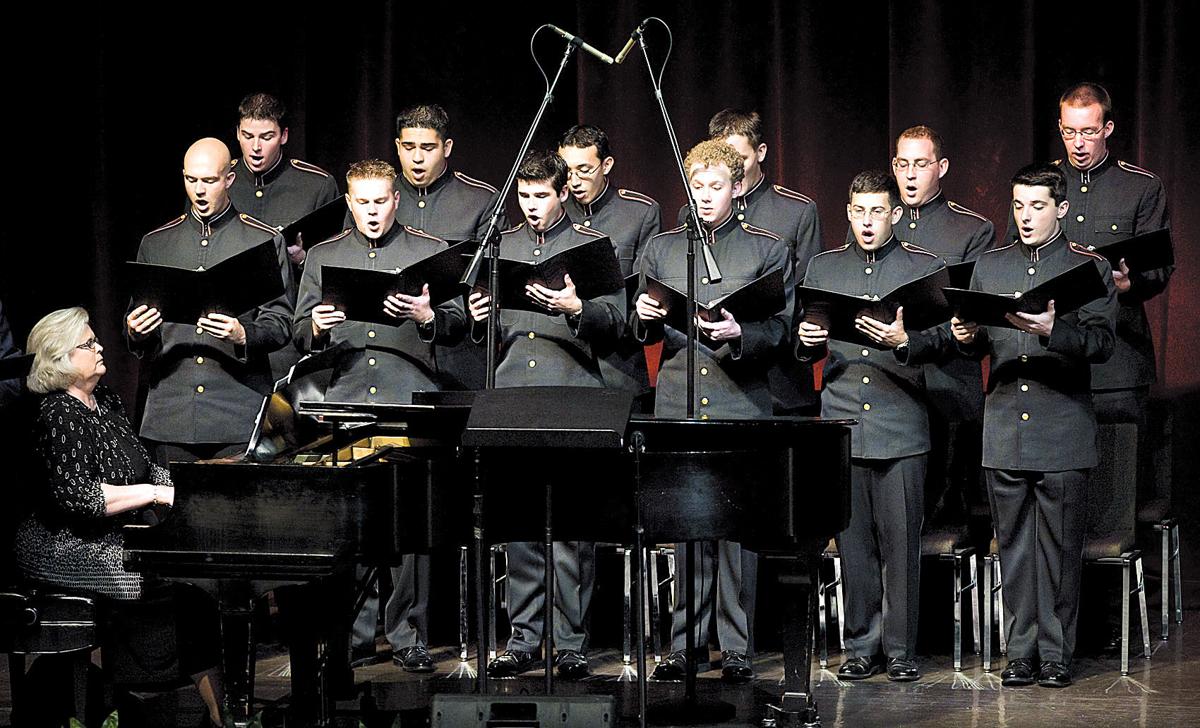 Almost from its very beginning, Texas A&M University has been home to great music. The Singing Cadets, the Fightin' Texas Aggie Band, symphonic bands and smaller groups such as the A&M Trombone Choir fit making music into busy class and work schedules.

The students do it because they love to make music, and those of us who are privileged to hear the various groups are the beneficiaries of the Aggies' time and talent. Aren't we lucky we are?

So good is the Fightin' Texas Aggie Band that people remain in their seat at halftime of A&M football games until the band members have run off the field. The intricate maneuvers the band pulls off with seeming ease and amazing and the band deserves the accolade of the best military marching band, if not the best marching band, in America. No other college band even comes close.

The band traces its roots to 1893 when Joseph Holick founded the group and became its first bandmaster.

Even before there was an Aggie Band, though, there was the Texas A&M Glee Club -- the forerunner of today's famed Singing Cadets -- formed in 1893.

Attending a Singing Cadets concert is a special treat, one that many of us in College Station and Bryan have enjoyed time and again.

This school year, the Singing Cadets are celebrating the organization's 125th anniversary and they will do so in a big way, with a reunion concert on April 6. Former Singing Cadets are invited to join with current singers to sing songs popular in the past, as well as the current repertoire.

Longtime Singing Cadets director David Kipp said the goal is to have 250 singers on stage, a goal he expects to be met. All Singing Cadets concerts are special, but this one promises to magnificent. The concert will begin at 7 p.m. in Rudder Auditorium. Tickets are $8 -- only $8! -- and are available at the MSC Box Office on the first floor of Rudder Auditorium, 979-845-1234 or boxoffice.tamu.edu. The normal Spring Concert routinely sells out, so demand for tickets to this special event are bound to go fast, so don't dawdle in ordering your tickets.

Around the nation and the world, many people know A&M from hearing the Singing Cadets perform. The group first came to prominence while singing at the 1940 Sugar Bowl. Since then, the cadets have performed in New York's Carnegie Hall, Boston's Fenway Park, London's St. Paul's Cathedral and, more than once, in the White House. The cadets' first visit there was in 1971, when they performed for President Richard Nixon and his family, United Nations Ambassador George H.W. Bush and other dignitaries.

That concert began an almost 50-year love affair between George and Barbara Bush and the Singing Cadets. The group performed numerous times for President and Mrs. Bush, including in the living room at their Kennebunkport, Maine, home, in the White House and on the campus of Texas A&M. Most likely the opportunity to hear the Singing Cadets more frequently played into President Bush's decision to locate his library and museum at A&M.

In 2005, President Bush 41 was named an honorary Singing Cadet.

The special relationship with George and Barbara Bush ended last year when the Singing Cadets performed at the interment for both on the grounds of the George Bush Presidential Library and Museum.

But the Singing Cadets performed for other presidents, too. In October 2017, in Reed Arena on the Texas A&M campus, the group performed the National Anthem -- as always with great respect and dignity -- at the One Appeal Concert for hurricane relief. Present were former Presidents Jimmy Carter, Bill Clinton, George W. Bush, Barack Obama and, to the delight of the sold-out audience, George H.W. Bush.

The April 6 Singing Cadets reunion concert will serve as a fund raiser to raise money to support the choir and its state, national and world tours.

Already, the Singing Cadets have performed in China, Australia, South Africa and numerous other countries in South America and Eastern and Western Europe. Later this year, the Singing Cadets will perform in Greece and Bulgaria, taking with them the great spirit of Texas A&M, the state of Texas and the United States.

The Singing Cadets are a special part of Texas A&M University, and have been in some form for 125 year as. Congratulations on the anniversary and best wishes for the future. You make all of us proud.

From the archives: 125 years of the Singing Cadets

The Texas A&M Singing Cadets are celebrating their 125th birthday this year.