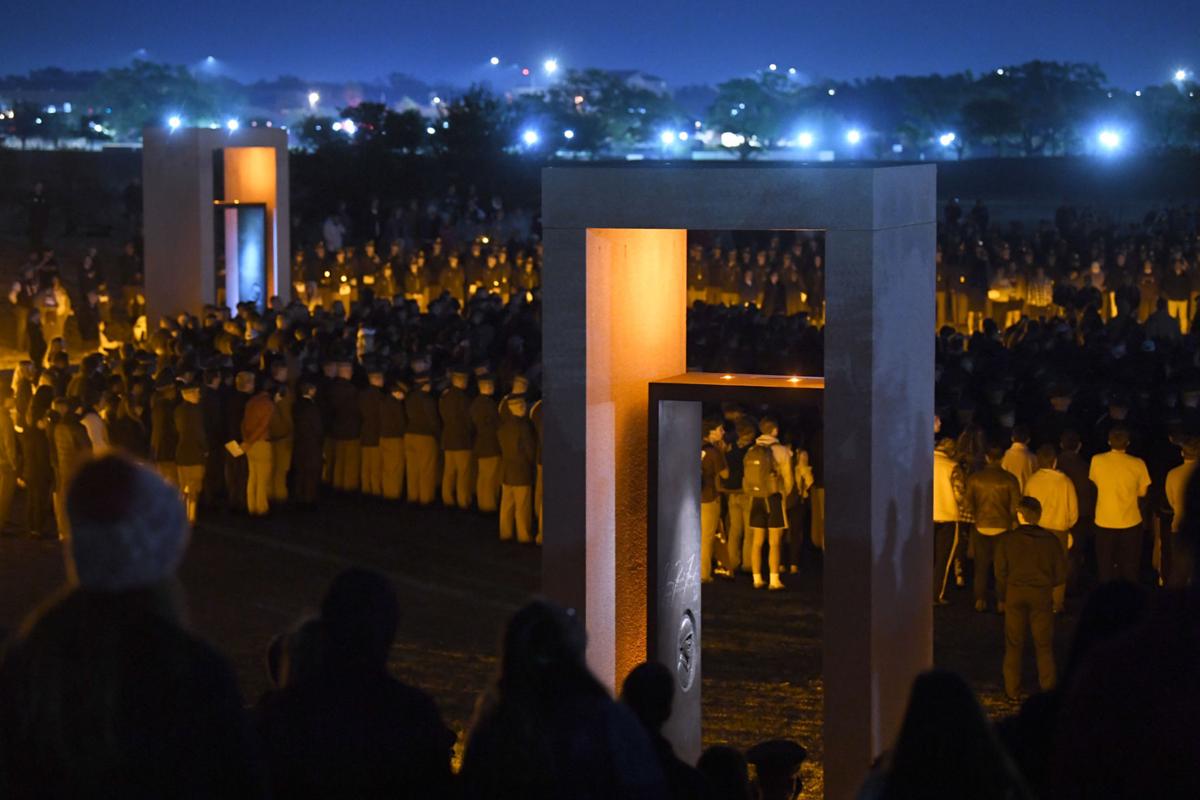 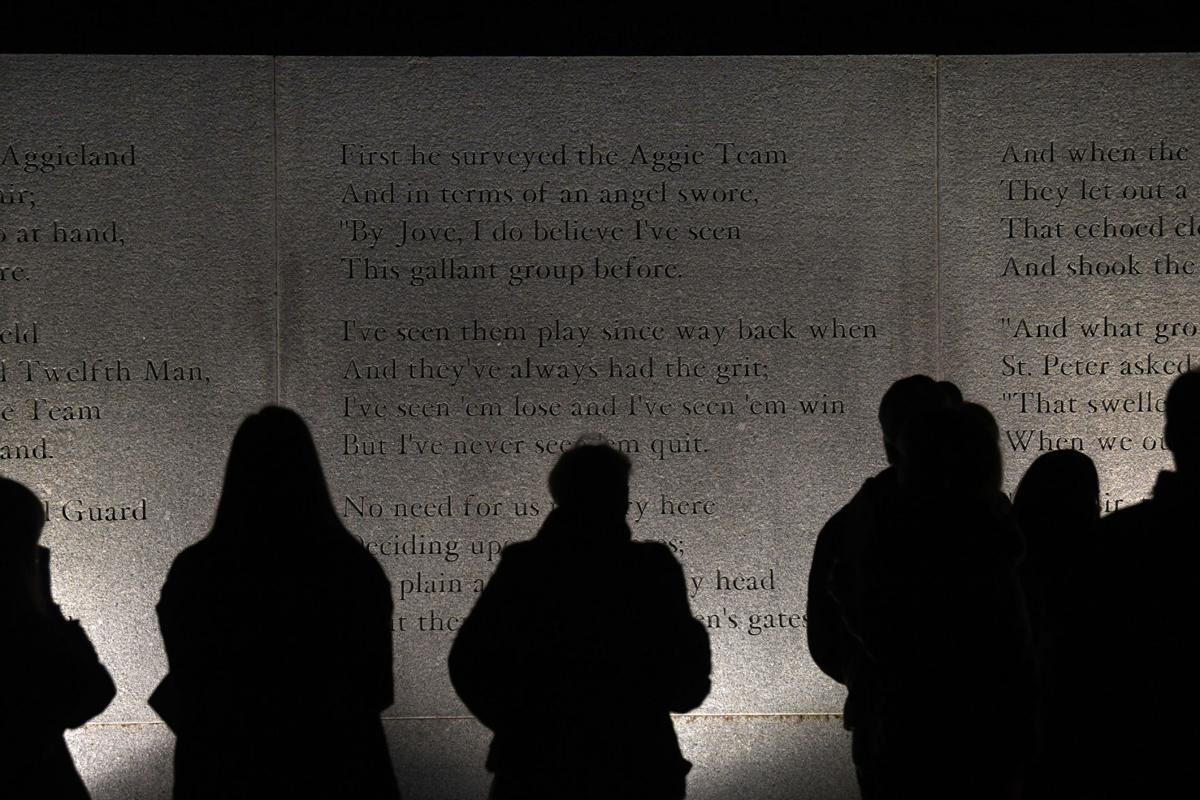 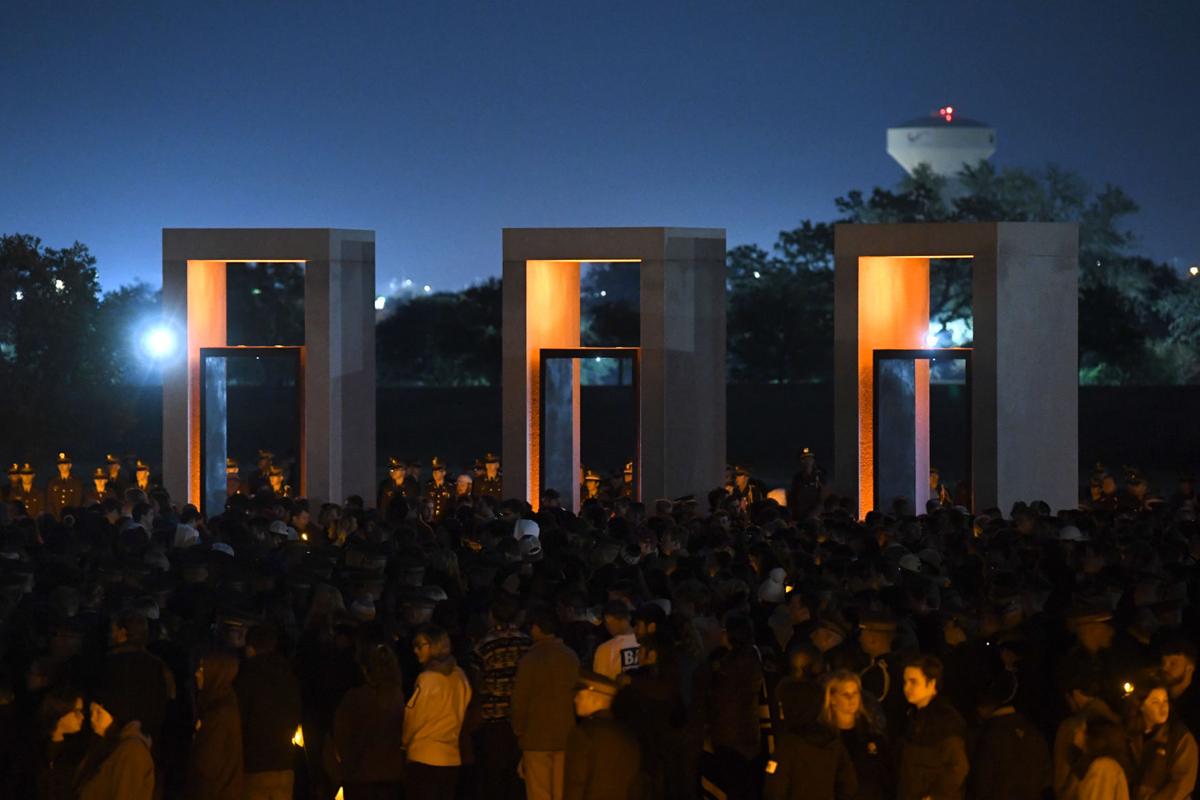 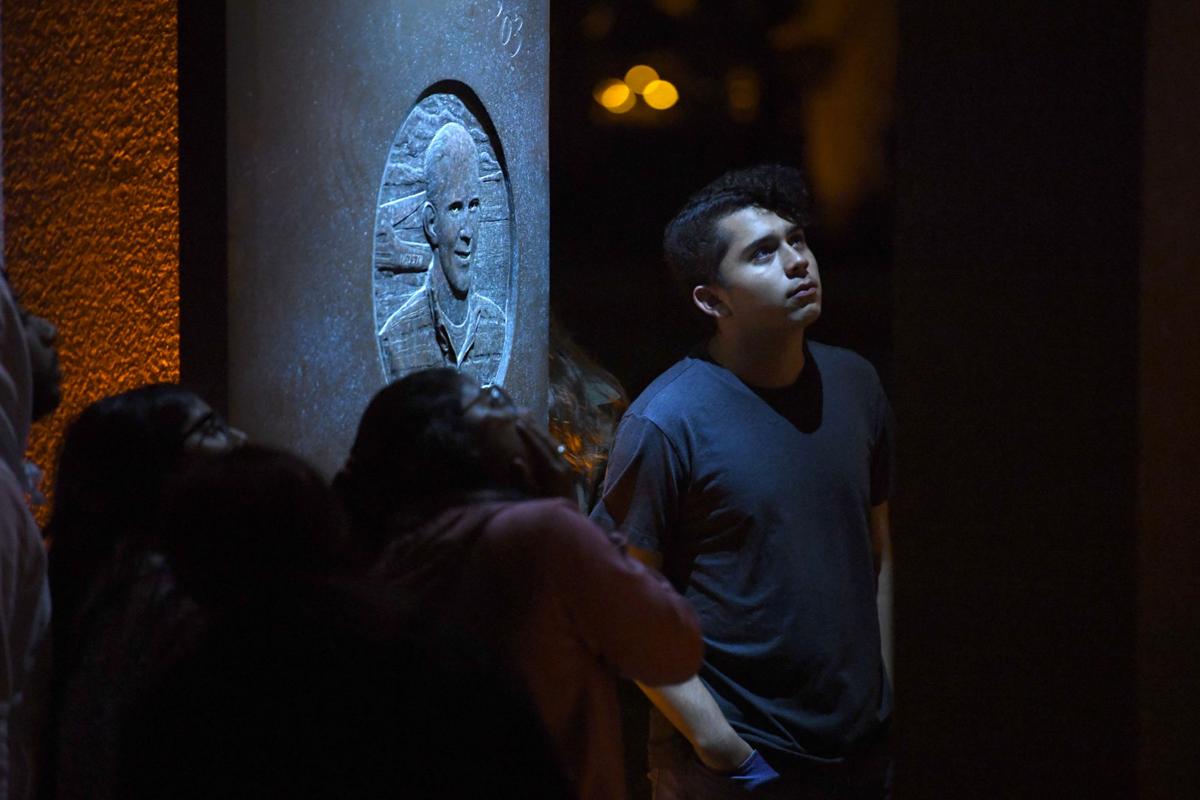 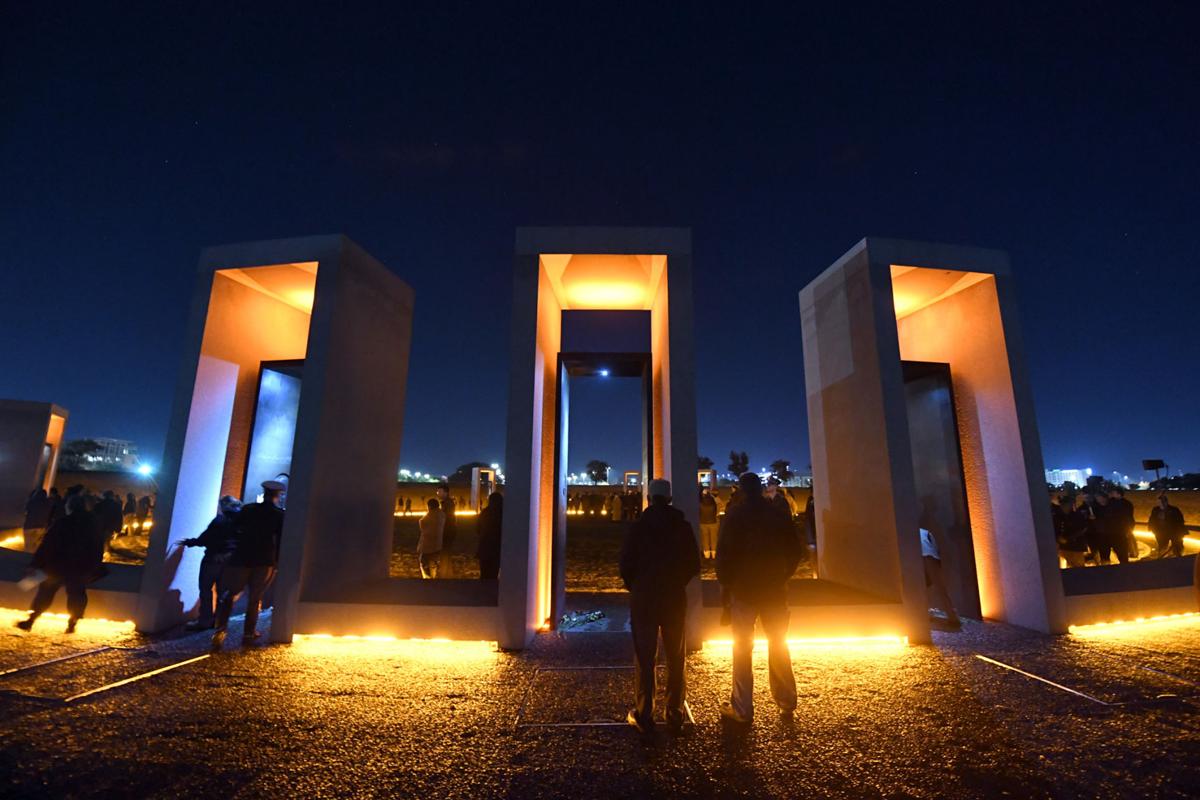 “For all of us, when you read about the lives of these kids, they were 12 extraordinary young people,” Kerlee said. “They were known for their smiles and for their love for other people — and it’s good to know that people are still remembering them. It’s good that they are part of the legacy of this university.”

More than 1,000 people came to the Bonfire Memorial on the Texas A&M campus early Monday to honor and remember the 12 people who were killed when the Bonfire collapsed Nov. 18, 1999, at 2:42 a.m. while under construction.

Dozens of family members of those killed in the collapse attended the ceremony and sat in chairs inside the memorial area. Many in attendance held battery-powered candles as A&M yell leaders presided over the ceremony, which included renditions of Spirit of Aggieland, Amazing Grace and The Aggie War Hymn. A yell leader recited the names of the 11 students and one former student who died 20 years ago:

The crowd responded "here" after each name was called.

“For our families, we know that there’s no greater grief and no greater tragedy — and we can’t comprehend,” Young said. “But we hope you take some solace in our joining you tonight in the memory of your loved ones, what they meant to us, and what every day they still mean to Aggies everywhere.”

Bill Davis, who was one of 27 people injured in the collapse, attended the remembrance. Davis was trapped in the wreckage for four hours and suffered numerous injuries, including a broken left leg and a collapsed lung. He was hospitalized for more than two weeks following the collapse.

“For me, it’s about honoring the 12,” Davis said after the ceremony, voice filled with emotion. “I try to live my life in a way that honors them and carries their legacy forward. I try to represent them and share their stories and my story — and what Bonfire was about.”

Following the remembrance ceremony, Davis talked with Darrin Allen, who was a 25-year-old firefighter from the College Station Fire Department 20 years ago. Allen was one of the first responders on the scene after the Bonfire collapsed.

Allen said it was his first time attending the annual ceremony.

“It gives you a sense of peace and helps a little bit with healing,” Allen said after the ceremony. “That night changed my life forever.”

John Comstock, who was the last survivor pulled from the wreckage 20 years ago, also attended the remembrance. Comstock said that Allen was among those who helped rescue him.

Comstock said after the ceremony that he was glad to see so many current students in attendance, and that he appreciated the university’s recent efforts to make the memorial more accessible.

“I’m glad the students came out to honor the 12, and it’s no different for me whether it’s one year or 20 years — it’s always the same experience for me to be here,” Comstock said.

Will Hurd reflects on memories of Bonfire

I woke up to my phone ringing early in the morning on Nov. 18, 1999. I was 22 years old and student body president of Texas A&M. It was one of my best friends on the other end of the line who told me the news. I immediately threw on a sweater and ran to the scene, where I saw firsthand the terrible aftermath of the Bonfire collapse. When I got there, I joined my fellow Aggies in trying our best to help organize rescue efforts, but the entire Aggie family lost 12 lives that day that we’ll never get back.

In a series of interviews The Eagle did with former Texas A&M and Texas players and staff for our recent oral history of the “Bonfire Game” we added a question at the end: Should the A&M-Texas rivalry game return? Here are some of those responses.

You never know what’s going to happen at a game, which certainly was the case 20 years ago in the “Bonfire Game.”