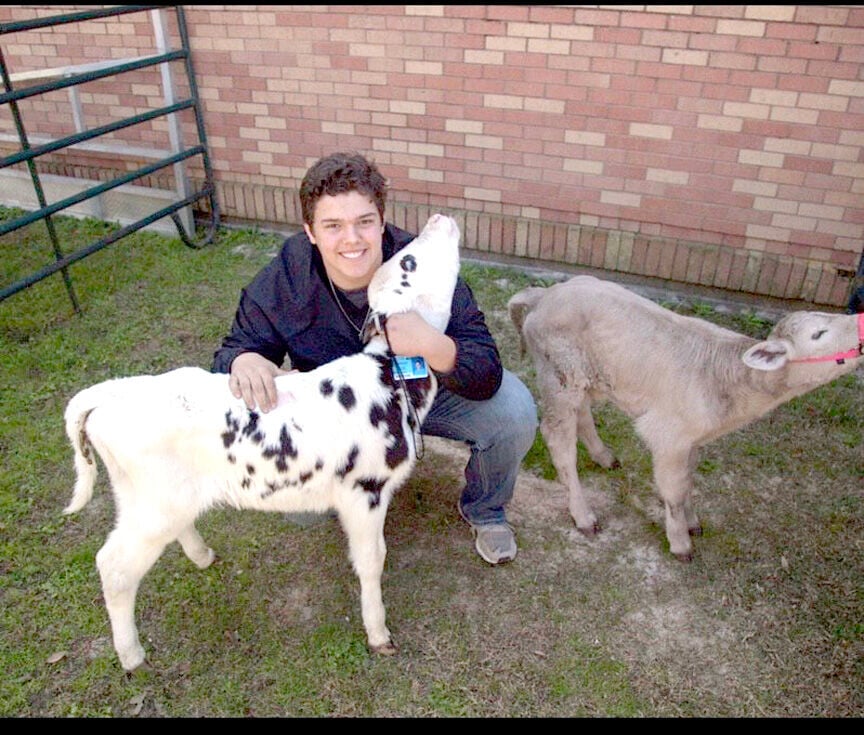 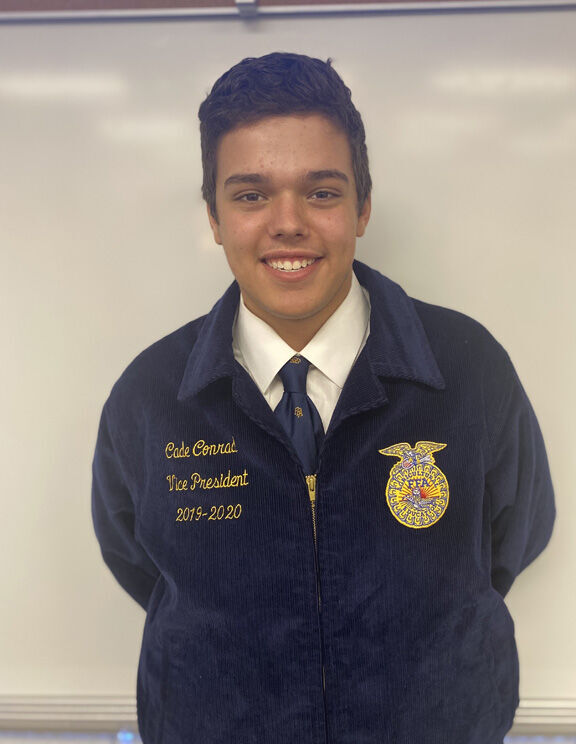 This is part of a series of stories highlighting high school students from Bryan, College Station and Caldwell who are active in 4-H or FFA. The series, which is sponsored by Capital Farm Credit, will culminate with one of the featured students receiving a $3,000 scholarship.

For as long as he can remember, Bryan High School senior Cade Conrad’s family has been involved in the agricultural industry.

Conrad has participated in 4-H activities since the third grade and moved into FFA when he got to high school.

“Now that I’m nine years into my projects and just my time in these organizations, I just absolutely love it and couldn’t imagine where I would be without the people and the community and all of the essential core values and things that it’s taught me along the way,” he said.

Conrad’s parents got him started on his first commercial heifer project in third grade, he said, with the idea that by the time he turned 16, he would have enough money saved to buy his own truck.

“I did that for a couple of years and realized that I loved the industry and just the community here in Brazos County, and I wanted to get more involved in it,” he said.

A $3,000 scholarship, he said, would help him take pressure off his parents as he plans to attend Texas A&M to pursue a degree and career in agricultural engineering.

In his leadership positions, he said, he tries to remember purpose over position and thinking of how he can better serve the people he is representing rather than getting caught up in the position itself.

Bryan FFA teacher Kristen Schuler has had Conrad in her class since his freshman year and said she has seen him grow from being a shy student to the leader he has become.

Schuler added that she is impressed with how much he has grown in the four years she has had him in class and credits 4-H and FFA for helping him become an all-around better person.

Reflecting on his years in the agriculture organizations, Conrad said, it has been life-changing.

“To some people, [being involved in 4-H and FFA is] boring or not interesting or it doesn’t mean much, but it really has given me everything, all the opportunities that I’ve had, the friendships that I’ve made and the connections that I’ve made that will help me down the line,” he said. “… It’s really just changed me as a person and made me recognize and appreciate the things in life that things people often take for granted.”

When people ask him how COVID-19 has affected agriculture industry, he said, he asks them about their daily routine.

“They start telling me all these things — I brush my teeth, I get dressed, I have breakfast — and I point out to them that every one of those things goes back to agriculture,” Conrad said. “Tons and tons of household products come from some form of agriculture, and people don’t really realize that the pandemic has greatly affected agriculture in a negative way.”

He also saw the industry step up to help the youth after some of the major livestock shows and the Brazos County Youth Livestock Show were canceled due to the pandemic, saying how heartwarming it was to see people step up to organize and fundraise alternative shows within hours of the cancellations.

She plans to go to college to study agriculture mechanics and journalism.

Area agriculture students to be featured in Eagle’s weekly series

Starting Wednesday, The Eagle will feature local FFA and 4-H students in a series highlighting high school seniors in agriculture.