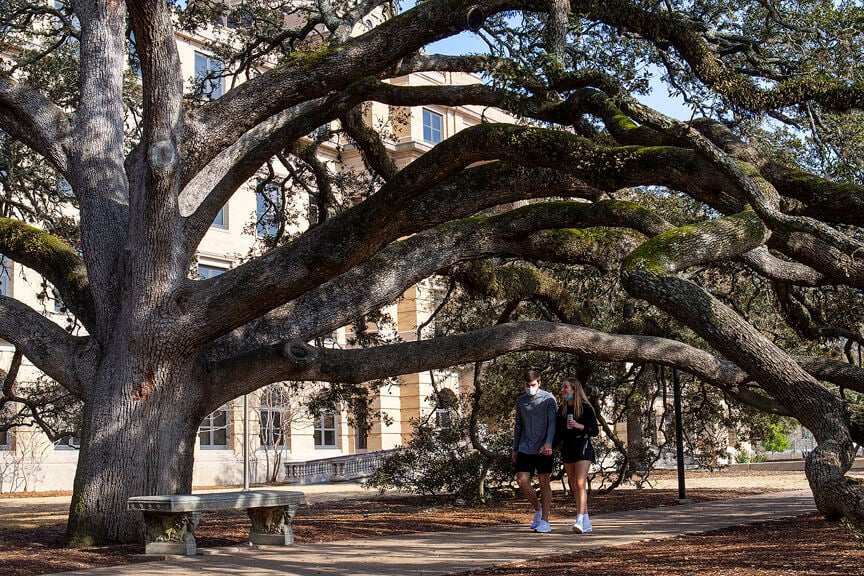 Texas A&M student Victoria Lee and her boyfriend, Max McWilliams, a Rice student, walk underneath the Century Tree in the Academic Plaza on the Texas A&M campus in College Station on Friday, Feb. 26, 2021. 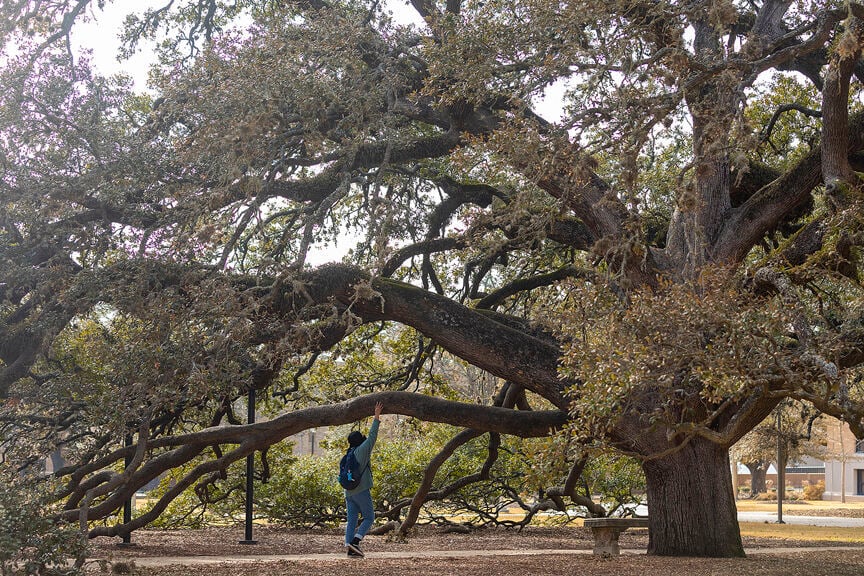 Texas A&M student Markus Bernal walks underneath the Century Tree in the Academic Plaza on the Texas A&M campus in College Station on Friday, Feb. 26, 2021.

The Aggie Century Tree Project is coming to a close after years of fundraising for scholarships through the sale of live oak seedlings raised from Century Tree acorns.

The decision, announced online early this month, follows the November death of project founder Andy Duffie, a member of Texas A&M’s class of 1978.

The Century Tree is a live oak at the heart of A&M’s campus, which Aggie legend says causes couples who walk beneath it to remain together forever. In 2010, Duffie collected 3,000 acorns so he could grow seedlings that would go toward endowed scholarships.

The Duffie family put the project on hold starting in December to determine how to move forward. In the Feb. 9 note about why the project was ending, the family outlined the many ways in which Duffie made the project unique and special, from mentoring scholarship recipients to staying in touch with those who purchased the trees.

“That’s just what he did, and the kind of man he was,” the post reads. “He shared stories, made connections and built a community around the Aggie Century Tree Project that became just as meaningful to him, and to others, as the project itself. It became so much more than the sum of its parts, and while others may attempt to replicate it or carry it on after his passing, the heart of it going forward would still invariably, inevitably change — because the heart of the Aggie Century Tree Project was Andy.”

The family sold the remaining seedlings that Duffie had grown in less than a day of announcing the end of the project. The remaining project activities, including customer pickups and shipping out the last orders, will be completed next month.

The proceeds from this last batch of trees will go toward the already existing Andy C. Duffie ’78 Endowed Aggie Ring Scholarship. This will allow multiple students to receive the scholarship at one time.

Hundreds of people commented and shared the announcement of the project closing, with many being customers posting their beloved memories of Duffie and photos of the trees that he sold them.

The trees he sold are now growing in 18 states.

In a Feb. 11 announcement, the Duffie family said that they were filled with gratitude at the “outpouring of support, kind words, and overwhelming response” to the Feb. 9 announcement of the project’s end.

“We have long known how special the Aggie family is, but it’s always awe-inspiring to see it in action...and it is truly a testament to Andy, and how beloved he and his project are by all of you,” the post reads. “From the bottom of our hearts, thank you. He would be so honored.”

The Duffie family said in their original announcement that while they know many fans of the project would like the effort that Duffie started to continue, they felt like it will in its own way, even if seedlings will no longer be sold.

“But in our eyes, Andy’s legacy lives on in the students impacted by his scholarships — the excitement in their eyes as they arrive at campus for the first time, or receive their Aggie Rings,” the announcement states. “Andy’s legacy lives on in the thousands of trees that are now growing in the yards of Aggies across the country, trees that will remind those Aggies not just of their loved ones or of “days they spent at the A&M College of Texas,” but of what Texas A&M meant to them and those core values that Andy held so dear. We think he would have liked that.”

For more information on the Aggie Century Tree Project’s history, go to aggiecenturytreeproject.com.

Courtney Eoff was familiar with the “Don’t Mess With Texas” anti-littering campaign, but didn’t know there was a songwriting contest involved with it until a friend’s mom shared a Facebook post.

April 17, 2018: Barbara Bush died at the age of 92. The former first lady left a legacy of family literacy in Bryan-College Station, and she s…

For the second year, a drag show at Texas A&M University included demonstrations for and against the event.

Guinness World Records verified that the store measurement is 28,750 square feet, according to a company press release.

Texas A&M University scientists announced Monday that they have identified a new COVID-19 variant in a saliva sample taken from an A&M student in College Station as part of the university’s ongoing testing program.

Triplets get their Aggie Rings at same time

It’s somewhat of a coincidence that the Pattison triplets were all eligible to receive their college rings at the same time — but it’s an opportunity that the sisters said they are happy about nonetheless.

April 13, 1923: This was the last recorded trip of the Interurban Railway, a trolley that transported people between Bryan and the university.…

The Partner in Philanthropy Award was created in 2016 to recognize Aggie faculty and staff “who demonstrate dedicated and lasting participation, commitment and creative leadership to philanthropy” and the university, according to a press release.

Texas A&M student Victoria Lee and her boyfriend, Max McWilliams, a Rice student, walk underneath the Century Tree in the Academic Plaza on the Texas A&M campus in College Station on Friday, Feb. 26, 2021.

Texas A&M student Markus Bernal walks underneath the Century Tree in the Academic Plaza on the Texas A&M campus in College Station on Friday, Feb. 26, 2021. 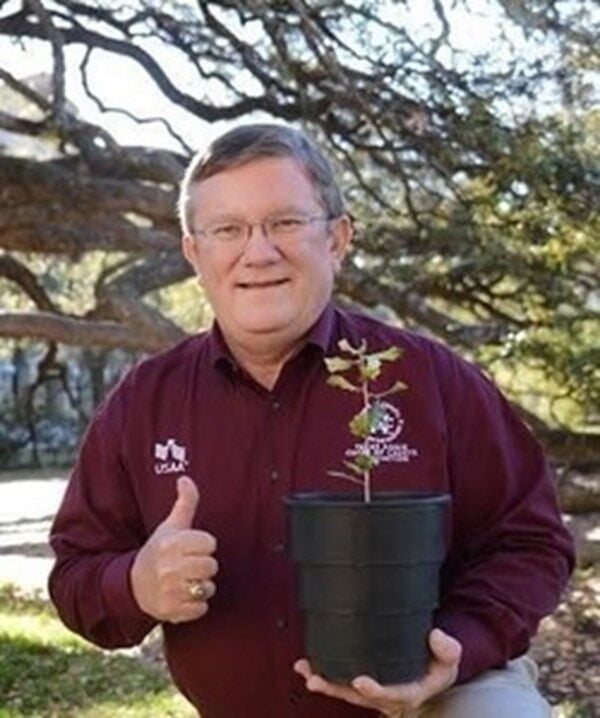