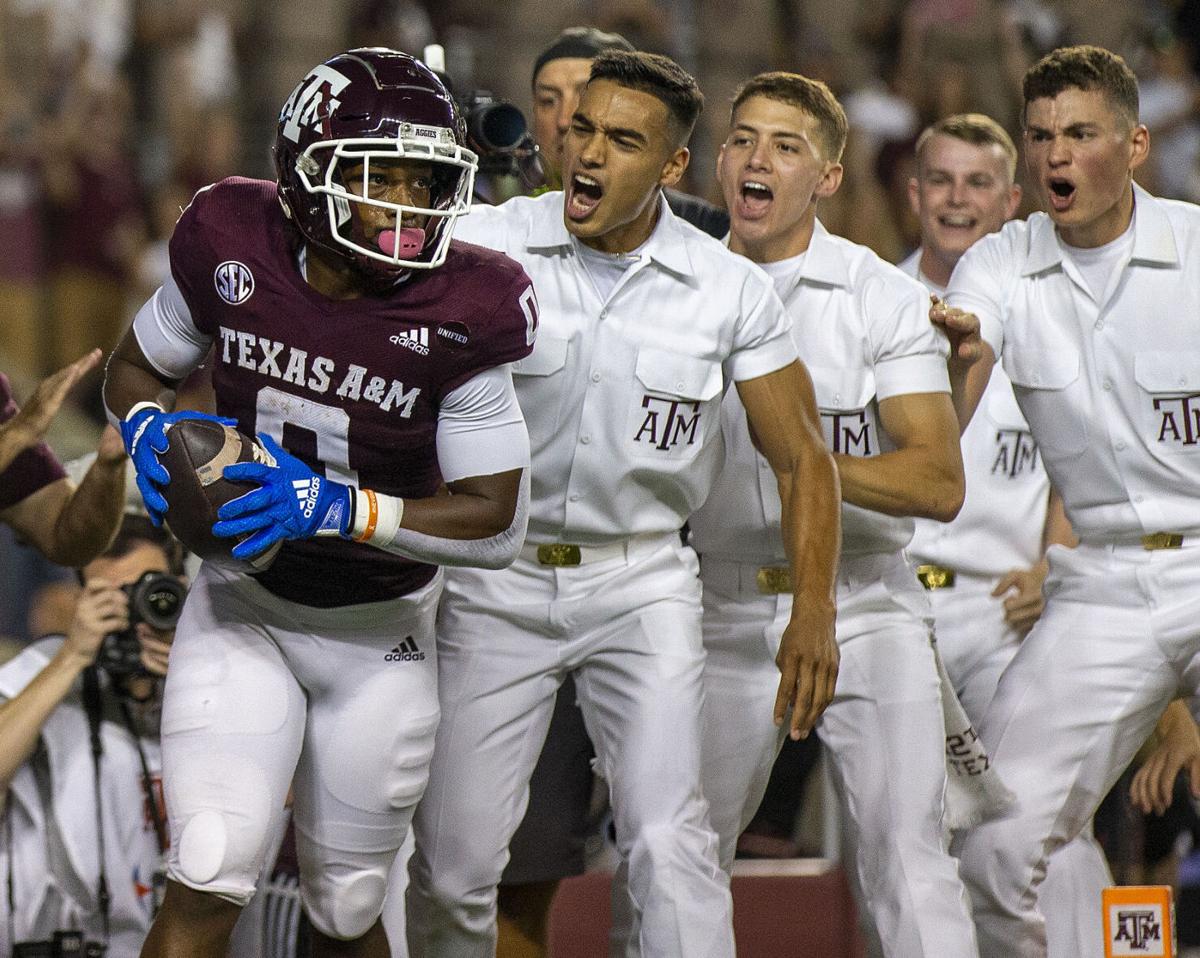 Texas A&M’s Ainias Smith celebrates with the Texas A&M Corps of Cadets Yell Leaders after scoring a touchdown against Alabama at Kyle Field on Saturday. 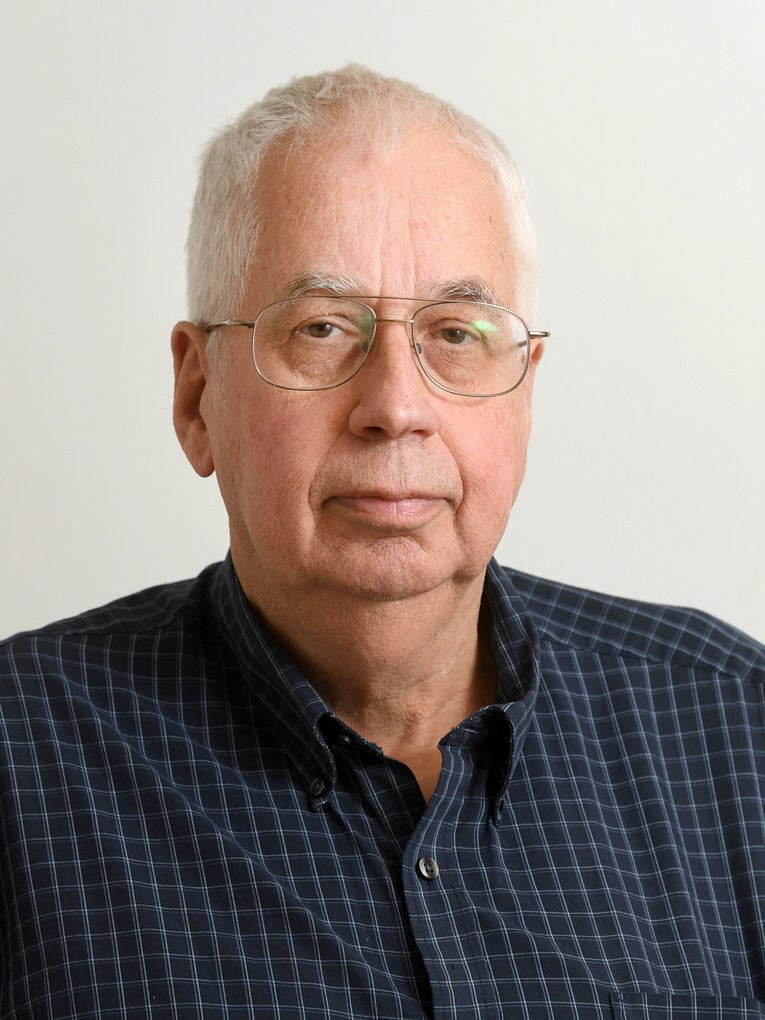 Texas A&M showed why it was a preseason top 10 team in Saturday’s 41-38 upset of top-ranked Alabama. The Aggies’ four preseason All-Americans played well, but they weren’t among the trio to earn Southeastern Conference weekly honors. And two of those players – quarterback Zach Calzada and running back/kick returner Devon Achane – weren’t among the team’s 15 returning starters.

Everybody knew A&M had tons of potential. The problem was it had underachieved in starting 3-2, going from being the No. 5 team in the nation to being unranked. A&M wasn’t impressive in victories over inferior teams and lost back-to-back games to Arkansas and Mississippi State which were picked to finish at the bottom of the Western Division. A&M was an 18-point underdog to Alabama for a reason, but now it has a chance to have a highly successful season.

A&M was headed for a 7-5 or 8-4 season before beating Alabama. The Aggies now could go 9-3 or 10-2, provided the team that showed up at Kyle Field on Saturday keeps improving.

“The important thing is now this game is over with,” A&M coach Jimbo Fisher said Monday at his weekly press conference. “I’m tired of talking about it. It’s over. Now, the lessons we’ve learned, they’re wasted lessons unless we carry them on to this week.”

The victory over Alabama has potential to be more than a season-changer. A&M started 10 underclassmen and only five seniors. And 19 of the other 27 players who saw action were underclassmen. The crowd of 106,815 created an unbelievable atmosphere Fisher can add to his sales pitch to recruits. The most important thing in moving forward is A&M can’t go to Missouri on Saturday and lay an egg.

“Today is all [about] Missouri,” Fisher said. “We’ve got to play well.”

A&M beat top-ranked Oklahoma 30-26 in 2002 as freshman quarterback Reggie McNeal came off the bench to throw for 191 yards and four touch-downs. Missouri the following week pulled out a 33-27 double overtime victory over the Aggies at Kyle Field. That was a bad Missouri team that lost three of its last four to finish 5-7.

This year’s Missouri team has the worst run defense in the country, allowing 307 yards per game. Tennessee rolled to a 62-24 victory over Missouri two weeks ago and last week the Tigers pulled out a 48-35 victory over North Texas.

Missouri should be no match for a team coming off a win over Alabama. Then again, it’s an 11 a.m. kickoff in Columbia. What if it’s raining? What if the team that lost to Mississippi State shows up? The odds makers have A&M as an 8.5-point favorite. That’s basically one turnover.

You can see why Fisher is concerned.

A&M grabbed a plethora of awards Monday for its victory over Alabama.

Calzada had by far his best game, throwing for 285 yards and three touchdowns. He completed 21 of 31 and wasn’t sacked. Johnson had four tackles, including two sacks, and Achane had a 96-yard kickoff return for touchdown 18 seconds after Alabama had blocked a punt for a touchdown.

Calzada also made the Davey O’Brien Award Great 8 list of 16 quarterbacks and was among seven named on the Manning Award Stars of the Week. Fisher was named the coach of the week by the Bobby Dodd Coach of the Year Foundation and the Peach Bowl, and the Aggies were the Cheez-It Bowl National Team of the Week by the Football Writers Association of America.

Texas A&M’s Ainias Smith celebrates with the Texas A&M Corps of Cadets Yell Leaders after scoring a touchdown against Alabama at Kyle Field on Saturday.