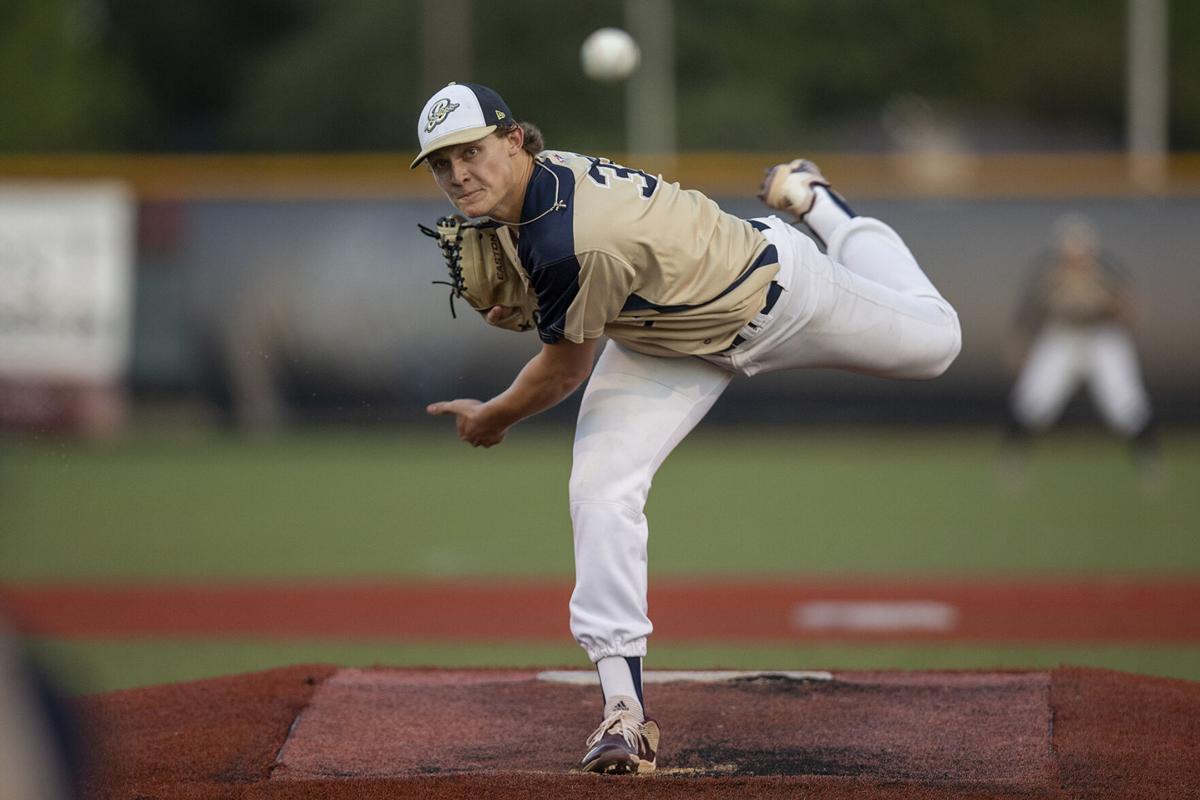 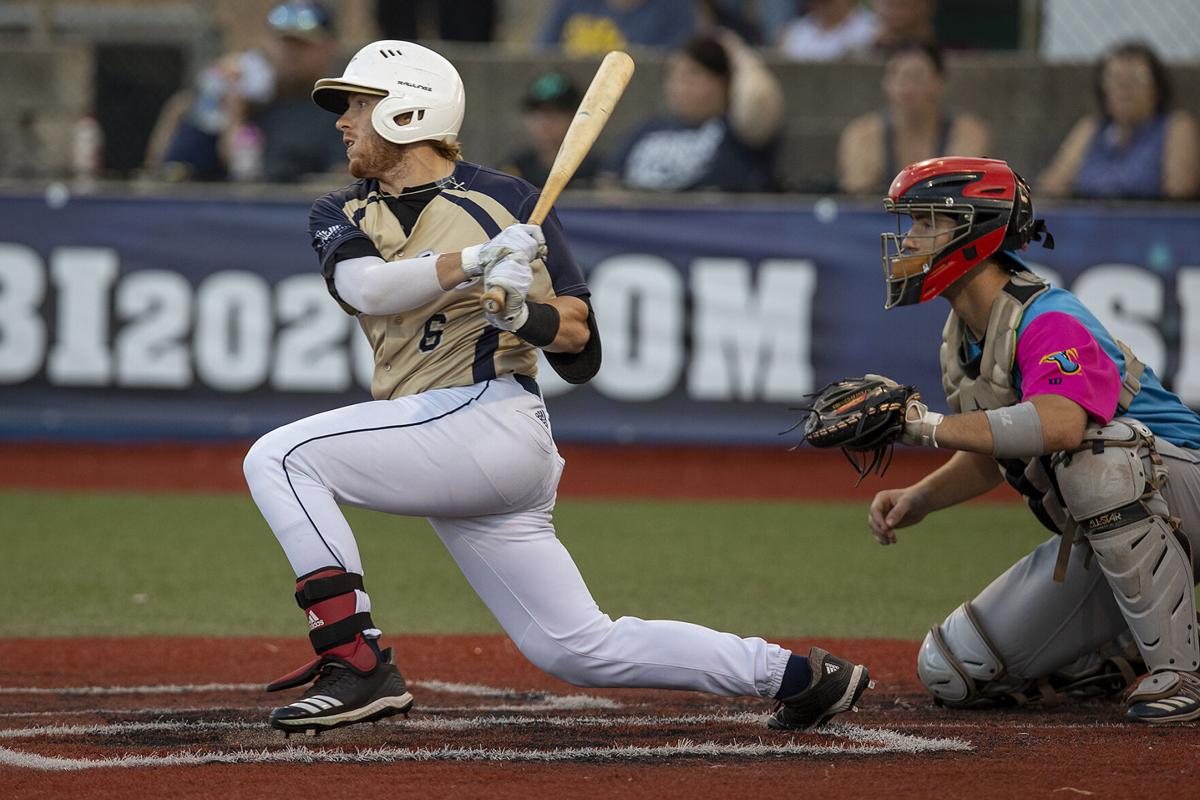 Brazos Valley's Sean Arnold hits an RBI single during game action against the San Antonio Flying Chanclas at Travis Field in Bryan on Saturday, July 25, 2020. Arnold was tagged out at second base as he tried to advance. Michael Miller/The Eagle

Brazos Valley's Sean Arnold hits an RBI single during game action against the San Antonio Flying Chanclas at Travis Field in Bryan on Saturday, July 25, 2020. Arnold was tagged out at second base as he tried to advance. Michael Miller/The Eagle

On Saturday, the rising sophomore lefty threw four hitless innings to help lift the Brazos Valley Bombers into first place in the Texas Collegiate League's South Division with a 4-0 win over the San Antonio Chanclas.

“It was a lot of fun,” Johnston said. “I really appreciate coach having the confidence in me. I just made a few good pitches and they made some really good plays behind me. When you do those things it works in your favor.”

The 6-foot-3, 205-pound hurler mixed in a three-pitch arsenal, relying heavily on a hard-breaking, two-seamed fastball. In four innings of relief work, Johnston held the Chanclas (13-9) scoreless and hitless, walking two and striking out five.

“He commanded the strike zone with three pitches,” Bombers head coach James Dillard said. “He threw strike one and got ahead of quite a few hitters. In that last inning, you could tell he was getting a little tired. He was emptying the tank a little bit, but, for the most part, he commanded the zone.”

Johnston signed with the Bombers (14-9) on Friday, after playing a six-week season in the Five Tool Summer Collegiate League in North Texas. In his first season in Aggieland, the Keller native appeared in eight games, allowing 7 runs on nine hits for a 9.45 ERA.

With a move into first place in the South Division on the line, and a two-run Bomber lead, Dillard relied on his newest arm to secure the victory. Johnston followed starter Tristan Stivors (1-1), who pitched four scoreless innings, while allowing one hit and striking outs seven.

“Will’s pretty good,” Dillard said. “He gave us really good innings tonight. Tristan started us off throwing well and putting some zeros up there and Will continued it. I think that’s our first shutout of the year. Hopefully, we’re peaking, pitching-wise, at the right time, with a week left in the season after tomorrow.”

Aggie second baseman Bryce Blaum kickstarted the Bomber’s offense with a leadoff double in the bottom of the third. Two batters later, left fielder Manny Garcia roped a single into left, sending Blaum to the plate for the Bombers’ first run of the game.

An inning later, right fielder Sean Arnold singled, scoring Aggie Austin Bost. The Bombers added to their lead in the sixth on a single over the head of the second baseman by Garcia, which drove in former Rudder standout Arnold and third baseman Jeffery David.

After the Bombers were outscored by the Chanclas 20-11 in last week’s three-game series, Brazos Valley rallied two take the first two games of this weekend’s homestand, leapfrogging San Antonio in the standings.

Now, all focus points toward today’s 7:05 first pitch as the Bombers go for their first series sweep of the season.

“Our first step was obviously, you want to win the series,” Dillard said. “That allows us to rest a couple of guys tomorrow, but still be very competitive with our lineup and that sets us up. Good for the week ahead. Sweeping an opponent is important, but winning the series was our first step.”

The Brazos Valley Bombers have peaked at the right time, thanks to consistency at the plate and on the mound, head coach James Dillard said.