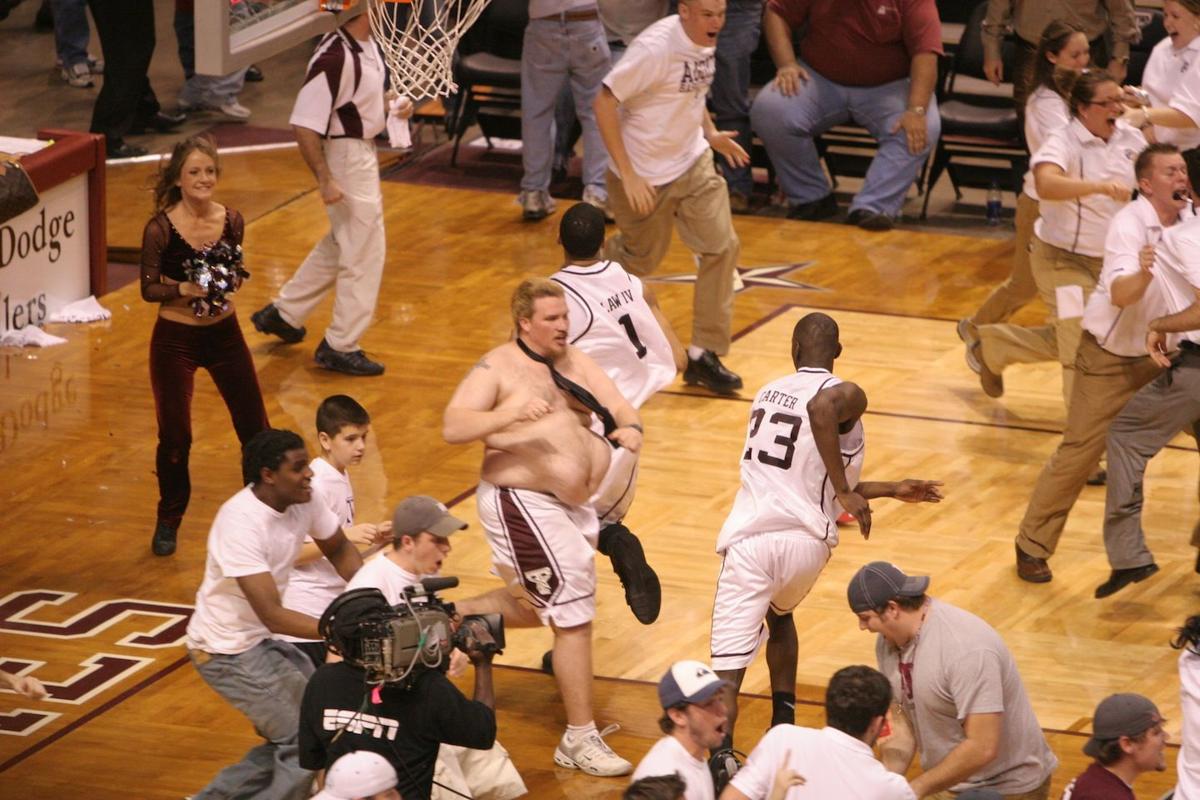 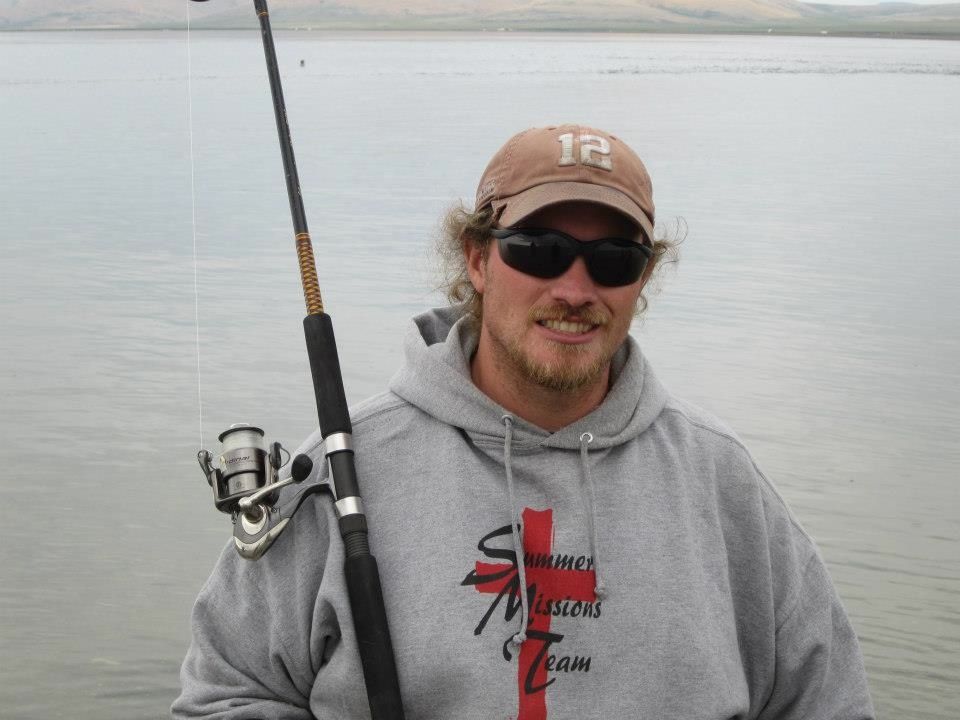 Nathaniel Cooper was known as "The Jiggler" during his A&M days.

The story of "The Jiggler," a.k.a. Nathaniel Cooper, actually starts with him being overdressed.

It was Nov. 30, 2004, and then-California Gov. Arnold Schwarzenegger was on the Texas A&M campus to receive a public service award from former President George H.W. Bush at a ceremony in Rudder Auditorium.

Cooper was a student worker in the Rudder complex, charged that day with helping to maintain security backstage. At such a high-profile event, Cooper was required to dress up, business-professional style.

When the ceremony ended, Cooper headed to Reed Arena to watch the Aggie women take on UTSA. The Aggies would win what was an otherwise forgettable game, 74-48. But in the crowd, a cult hero was born.

"Somewhere around the middle of the first half, we were joking that I looked like one of the coaches, because I was the only other one there in a tie," Cooper said. "Someone suggested I take the shirt off, but keep the tie on. So I did that, and the next time they shot free throws, I started doing jumping jacks behind the goal. It sort of took off from there."

The shirtless Cooper, who became known as "The Jiggler," was a mainstay at Reed Arena for A&M's men and women's teams. As Aggie basketball began to gain notoriety, so did Cooper's arsenal of shimmies, shuffles and jiggles.

"When I was there, I would have friends call all the time and say I was on ESPN or something," Cooper said. "That was before YouTube, so I never got to see any of them, but apparently I was in the background on the Top 10 plays. I never saw it, but I heard about it."

By the 2005 season, Cooper had incorporated costumes and props into his act, most famously a horned plastic Viking helmet. A&M's opponents knew what was coming when they stepped to the free-throw line.

That didn't mean they were prepared.

"That dude was huge," Oklahoma forward Kevin Bookout told the San Antonio Express-News in 2005. "He started shaking, and I went, 'Ugh!' He was just going nuts."

The Aggie teams took notice, including coach Billy Gillispie. In a 2009 Q&A with The Eagle, Cooper said an A&M coach wanted to make sure he kept up his distracting efforts.

"One of the assistant coaches came over and asked if I could still do the tie thing if they gave me some uniform shorts and shoes," Cooper said. "He said Gillispie and the team liked what I was doing, and they wanted to make sure no one tried to stop me."

When Cooper graduated, a replacement (albeit much smaller) Jiggler rose from the ranks to take his place. But almost 10 years later, the original Jiggler still has people recognize him from his shirtless days.

"The most recent time was at church a couple of weeks ago, actually," Cooper said. "There was a couple that was at A&M around the time I was, and they looked at me and tried to figure out how they knew me. And I said, 'Did you ever go to basketball games?' They went, 'Wait a second!' So they picked up on it."

Not every memory is a good one. The Jiggler had his detractors, most notably former Iowa State softball coach Ruth Crowe. In April 2005, Crowe was displeased with a game at A&M. Cooper had jiggled behind home plate when the Cyclones were pitching.

"The naked guy, the guy without his shirt on behind home plate, that disgusts anyone," Crowe said in an Eagle story.

Eagle sports editor Robert Cessna shared his thoughts in a column: "Cooper's display of anatomy? Many fans may like it, but I think it crosses the line of fairness and good taste."

Cooper, who graduated in 2006 with a degree in sociology, now works as a crew leader in the Waterways and Mowing Department for the city of Killeen. His involvement with the youth group at his church brings him back to College Station to show people around campus. He also has friends in Aggieland who make sure that his jiggling memory lives on by sharing the story with current students.

He admitted that he was a little surprised that people in College Station remember him.

"It's pretty cool and sort of weird," he said with a laugh. "At least it's something that has a lasting memory."

With Aggie basketball again on the upswing, Cooper has some advice for the current generation of Reed Rowdies.

"Be as crazy as you can and just have fun with it," Cooper said. "That was the whole reason. Some of the games then, there would be like five students. So we all knew each other. The players knew us. It was basically like a little family there at the games. Just have fun and support the team."

Nathaniel Cooper was known as "The Jiggler" during his A&M days.